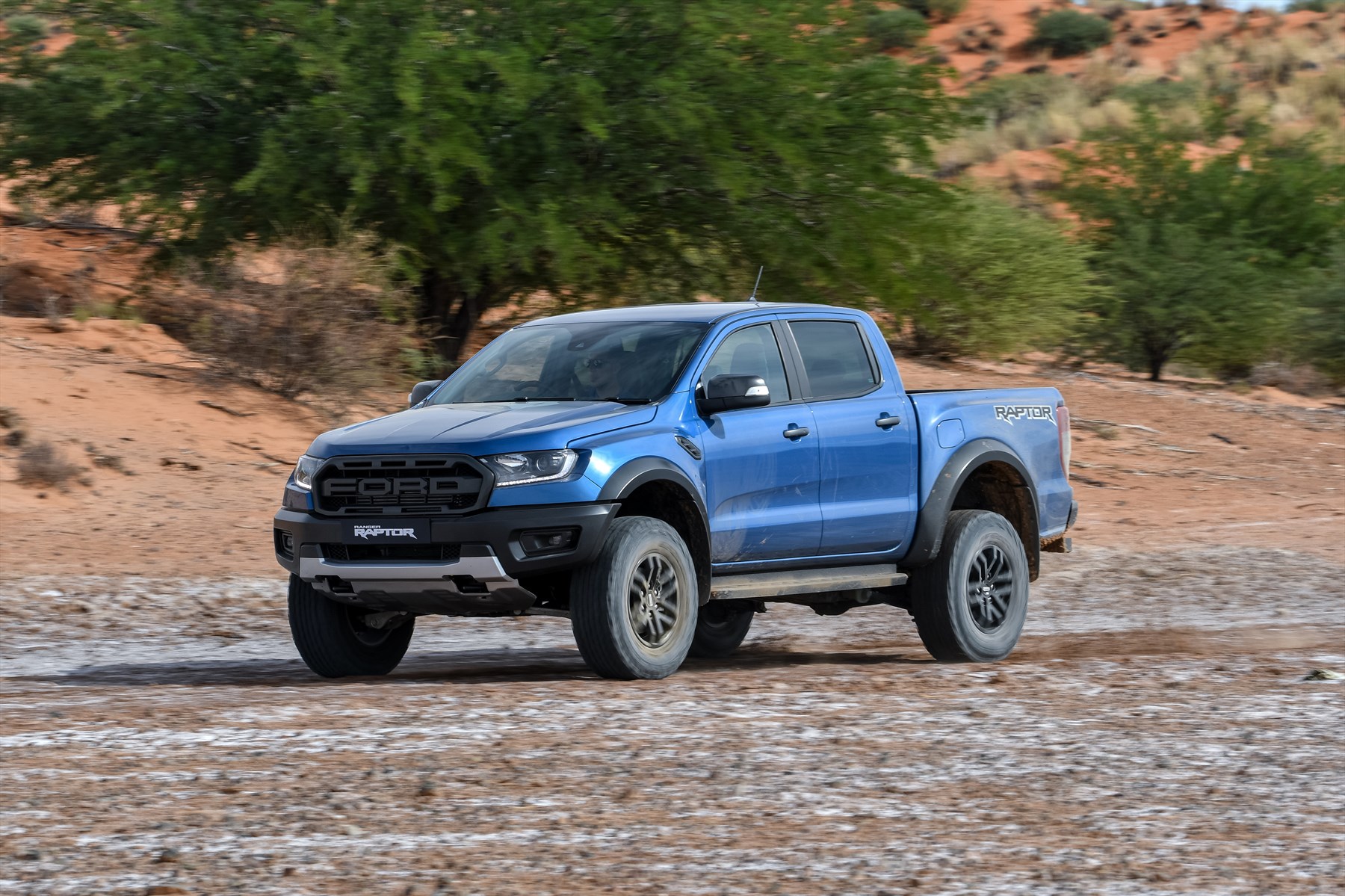 When Ford announced that the bespoke Raptor would retail for around R800k, detractors said that no-one would pay so much. Now there’s a two-year waiting list.

For the full Bakkie of the year write-up and downloadable results, follow this link.

Karma has a fascinating way of completing circles. Ten years ago, when Volkswagen launched the Amarok with a two-litre turbodiesel mill, some Ford Ranger fans were quick to point out that only Coke, milk and the Amarok came in two-litre formats.

In 2019, Ford announced that its bespoke Raptor would be powered by a two-litre turbodiesel engine and all those previously vocal Ranger fanatics went rather quiet, and the ‘two-litre’ jokes mostly disappeared like mist before the sun.

The Raptor gets the Everest’s Watts-link rear suspension (instead of leaf springs), and the addition of Fox racing shock absorbers and other strengthened suspension and chassis bits mean you can even jump this bakkie. It even has specially developed BFGoodrich tyres (with a unique compound).

Throw in a handy 240mm ground clearance under the rear axle (as measured), the great approach angle, a transfer case, a bunch of trick electronics and rear differential lock, and you end up with an extremely capable off-roader. This applies to both slow and technical crawler gear driving, as well as high-speed off-road driving, where the motorsport-style suspension can soak up ruts and bumps all day long. It was a clear winner in our 4×4 category.

It also scored top marks in the towing test. Despite the huge all-terrain tyres, the Raptor recorded the second-best performance in the handling test, the trick suspension clearly coming to the party. With discs at all four corners, braking was really good. Our panel of judges loved it, especially on the dirt roads. Some mentioned they cruised 40km/h faster on the dirt in the Raptor than any other bakkie.

Safety was another virtue. And the cabin got top marks, too. With a dab of Ford Performance added, it does feel more special than a regular Ranger cabin (which is not a half-bad space either).

Less favourable was his Ford’s load-carrying ability (as you’d expect, considering its go-fast- on-gravel focus). With 500kg on the bak, the Raptor’s tail sagged a lot. Legally you can add 590kg  before you exceed the GVM. The parts bin pricing was the third most expensive but you’d expect that of a bespoke vehicle like the Raptor.

A theory: if this Raptor, with its unflattering power-to- weight ratio of 41.56 kW/ton, had been fitted with the latest Ford Focus ST’s 2.3-litre, four- cylinder turbopetrol engine, with 210kW, it may very well have won this competition.

Maybe the grumpy Ford fanatics have a reason to be distraught about the new two- litre engine, after all.