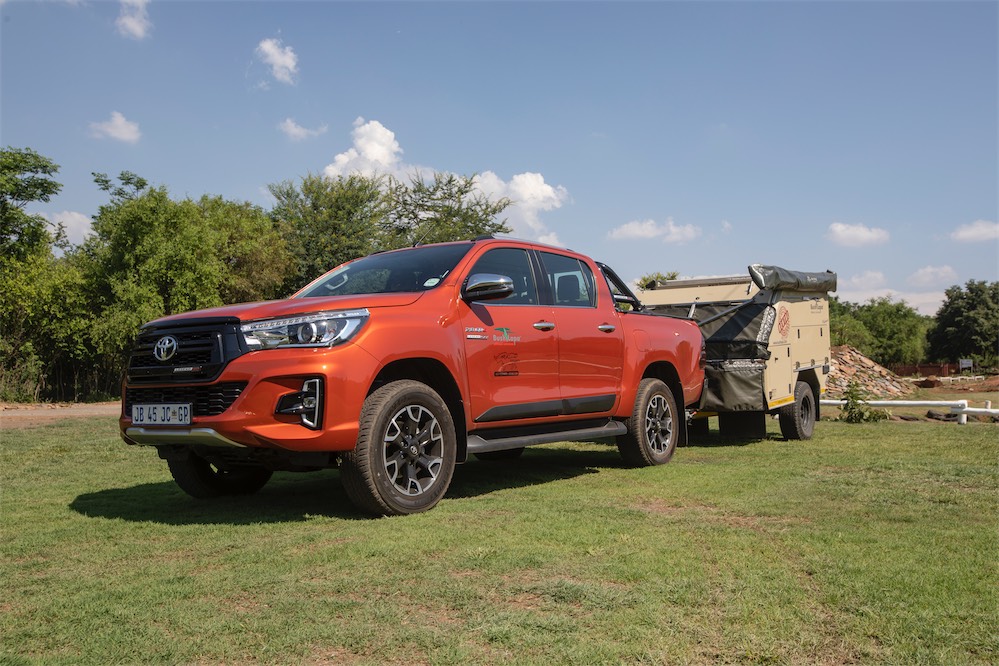 It’s no fluke that the Hilux is South Africa’s bestselling bakkie. The latest Legend 50 is extremely solid in every department, without being brilliant in any one.

To read the full bakkie of the year test, follow this link.

Imagine how much money some manufacturers would pay if the Hilux’s sales performance secrets could be bottled, and re-used as a quick-fix solution.

Thing is, the Hilux’s legacy has been five decades in the making, a reputation that money can’t buy. This test again highlighted some of the Hilux’s obvious talents, as well as some lesser-known ones. And some rare weaknesses.

The Hilux’s 2.8GD-6 turbodiesel engine may not be the most powerful in this test but its seamless grunt, available from virtually idle speeds, with no detectable turbo lag, really set the scene for a great all-round performance. With 190kg on the bak, and on our standardised test route, the Hilux required the least amount of fuel: 9.60 litres/100km.

The remaining segments read like a Hilux curriculum vitae, the bakkie recording scores at the sharper end of the field in all but one department.

The judges loved it, too, the Toyota sharing the second spot with the Ford Ranger Raptor.

Said Daniel Barbosa: “It’s still the bar all bakkies are measured to, it performed well in every area.”

There were a few small chinks in the Hilux’s considerable armour. Lacking some of the standard safety kit of its competitors, combined with an average braking performance, saw it land up in third last position in this segment.

Interestingly, the Hilux’s legal payload (with a full tank and a driver) is 640kg, the third lowest in this test.

It’ not necessarily a technical weakness, rather a legal matter. But it’s an important one if you regularly add a heavy load to your Hilux’s bak.

On the flipside, this is a Toyota, supported by nearly 200 dealerships in South Africa. Accordingly, the Hilux recorded the fourth best long-term ownership score. Again, not the best but always at the sharper end of the field.

The one thing that doesn’t fully reflect in these scores though, is the feeling of indestructibility when you drive the Hilux. It’s not that the other bakkies feel like they will fall apart at a moment’s notice, but rather how supremely solid the drive in the Toyota actually is.

It remains an excellent all- round package.