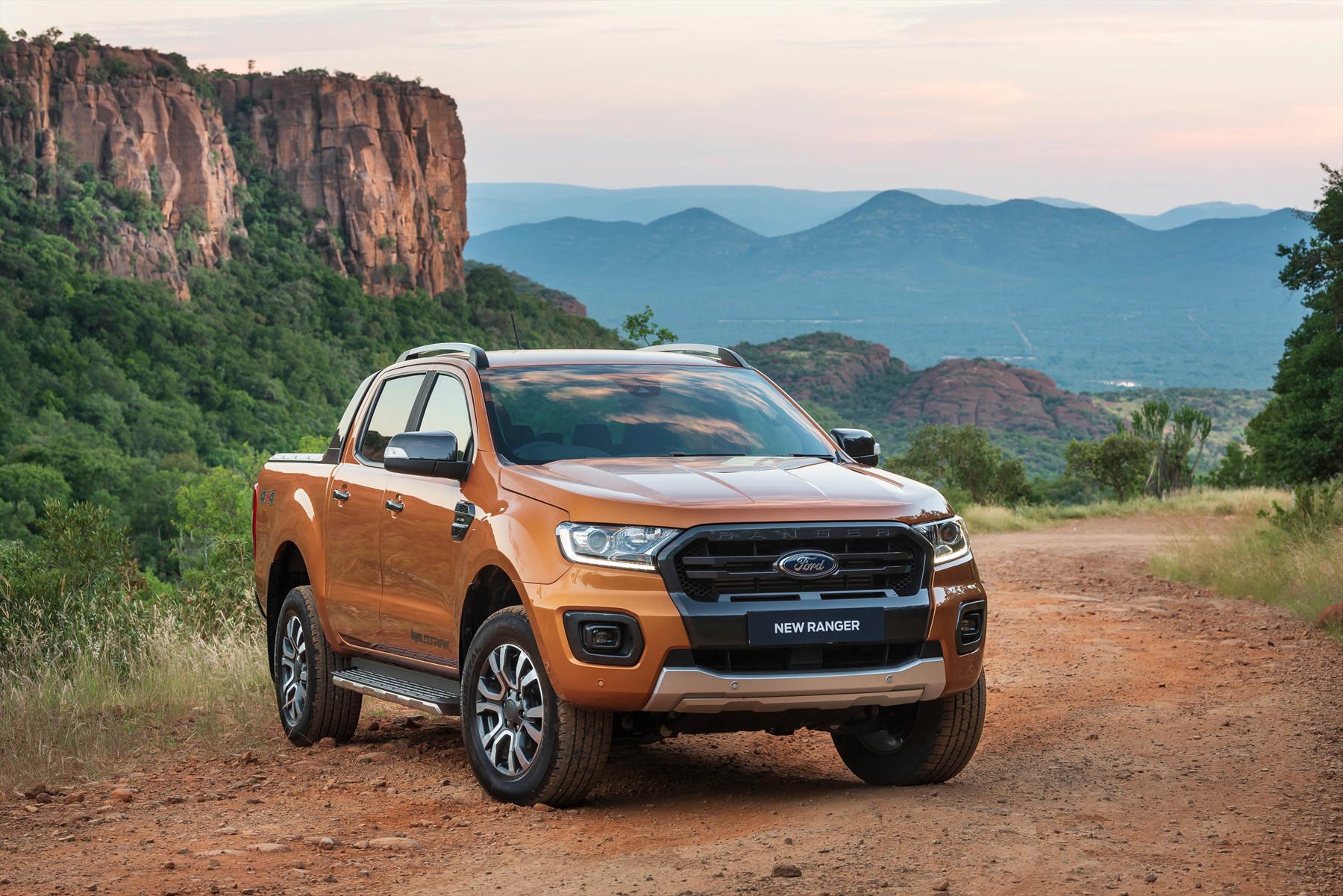 In 2019, Ford’s Ranger was gifted a new two-litre turbo- diesel engine (as all the bigger-is-better Ford fans emit a sigh) and a 10-speed automatic gearbox. In top Wildtrak 4×4 guise, this Ford bakkie is safe as a proverbial house.

To read the full bakkie of the year article with downloadable performance figures for the various tests, follow this link.

Yes, there are two Ford Rangers in this test. (The next one will follow shortly). That’s because, even though they’re both Rangers, they’re different as night and day.

The Wildtrak is all about luxury, safety and refinement. It’s also about carrying a load (of 760kg) courtesy of a workhorse-style leaf spring set-up. The Raptor, on the other hand, is a bespoke Ford Performance creation.

It gets the Everest SUV’s Watt’s multi-link rear suspension, high- end Fox racing dampers and springs, and extra reinforcement so you can jump it like Ken Block. It even gets bespoke BFGoodrich all-terrain tyres with a unique compound. These were specifically developed for this vehicle, offering excellent off-road grip and still palatable on-road performance.

Even though the Wildtrak and Raptor are both powered by the same engine and gearbox, the driving experience in each is unique.

The Wildtrak is a first segment winner. It completely dominated the safety segment, its combination of outstanding braking performance and the standard safety kit resulting in a clean sweep of all things safety.

It also shared the top towing spot with three other bakkies. After initially denouncing the 10-speed automatic gearbox, saying it simply has too many ratios for its own good, independent test driver Jakes Jacobs sang a different tune after the towing test.

“The computer adapted amazingly to the extra load afforded by the Bush Lapa caravan, and it seemingly changed its shift patterns to suit. Whenever I needed power, and stepped on it, the gearbox responded brilliantly,” he said.

The Wildtrak’s parts bin was another revelation: at R72 078, it was the second most affordable parts bin of all the bakkies. Along with a reasonable score in the sales service, after-sales service and resale value segments, the Wildtrak finished second in the long-term ownership division. Interestingly, the judges were not as impressed during their 45km drives of the Wildtrak, and the 41.6% score dragged the Wildtrak’s average down.

If safety is of paramount importance, this Ford Ranger simply has to be on your shopping list; nothing else in this segment comes close. Overall, it’s pretty clear why the Ranger has been giving the top-selling Hilux a bit of a run for its money in recent times… it’s a compelling option in this segment.