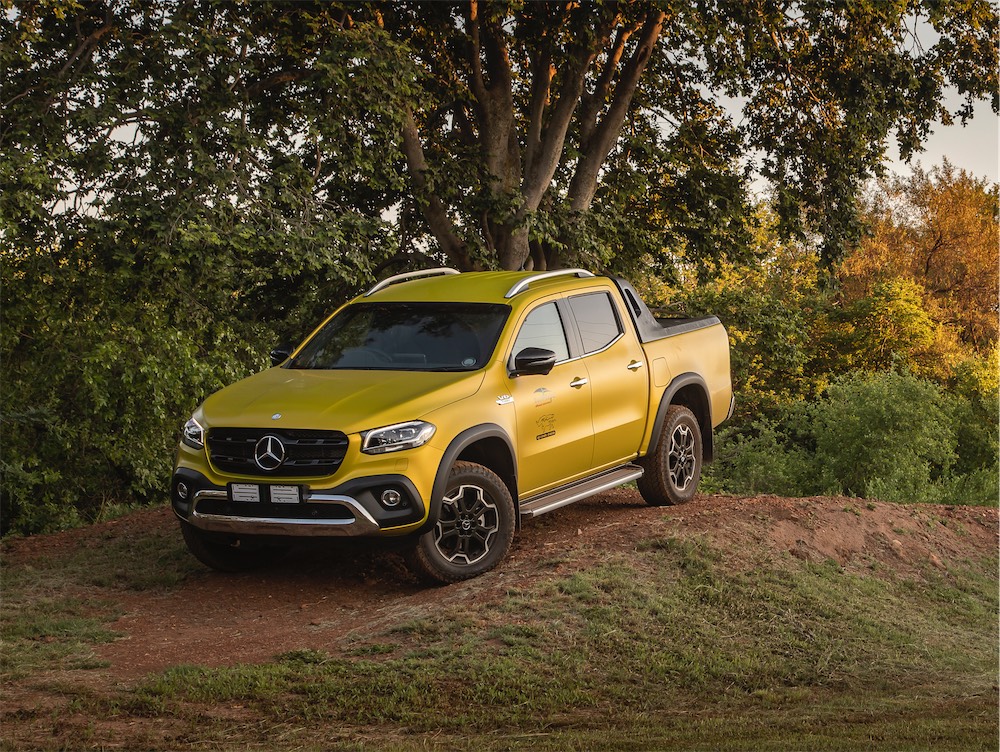 Note: When this test was conducted, the X-Class was still very much on sale in South Africa and will be until May 2020.

Even though we really tried our best to like it, the four-cylinder Merc X-Class never rocked our boat. But the 190kW X350d… that’s a different kind of boat altogether.

Mercedes-Benz’s X-Class bakkie was, as part of cost-saving, based on and developed around Nissan’s Navara.

Merc’s engineers took a Navara chassis and drivetrain (including the Nissan’s 2.3-litre twin-turbo diesel engine and seven-speed gearbox), updated the exterior, added a Mercedes C-Class interior to the cabin, worked in some Mercedes- specification adjustments for the suspension and added extra reinforcements and details such as a more substantial steering shaft (to add a more Mercedes- like driving experience).

This was all good and well but there was the issue of pricing and a premium of around R200 000 over a similar Navara. As cool as the Benz was, this deal just didn’t add up.

More recently, Mercedes introduced the X350d. It has a Merc V6 turbodiesel engine, a Merc gearbox, and a Merc Gelandewagen transfer case. We still reckon Merc should have rolled out this X-Class first, followed later by the entry-level four-cylinder.

The X350d in this test came with an optional R140 000 styling package that included the unique wrap, the cool wheels shod with all-terrain tyres, and some other styling details. Unfortunately, this package – as cool as it may look – had some adverse effects on the Merc’s performance.

We expected the Merc to smash the ISO handling test but the optional all-terrain tyres provided less grip than the stock highway terrain tyres would have. The stability control was activated, cutting power, reducing speed. Hence, the Mercedes recorded the second slowest time in this test.

Safety was a moot point as some of the features fitted to the test vehicle are optional and not standard. At the price, well, you’d think it would have it all included.

For the rest, the X350d fared really well. The interior was a particular highlight. When you slide in behind the tiller, it’s easy to imagine you’re in a high-end Mercedes SUV, not a bakkie that can carry 750kg on its bak.

The 190kW/550Nm V6 engine helped the Merc to secure second place in the weight-carrying segment.

Not surprisingly, the Benz was a top scorer in the towing test. The judges rated the X350d highly, too.

Rated purely as a bakkie (and forgetting about the R1.15 million price tag with extras added), the X350d is streets ahead of its four-cylinder sibling. It’s not perfect but it’s cool as punch, and it now has the go to match the glitzy show.