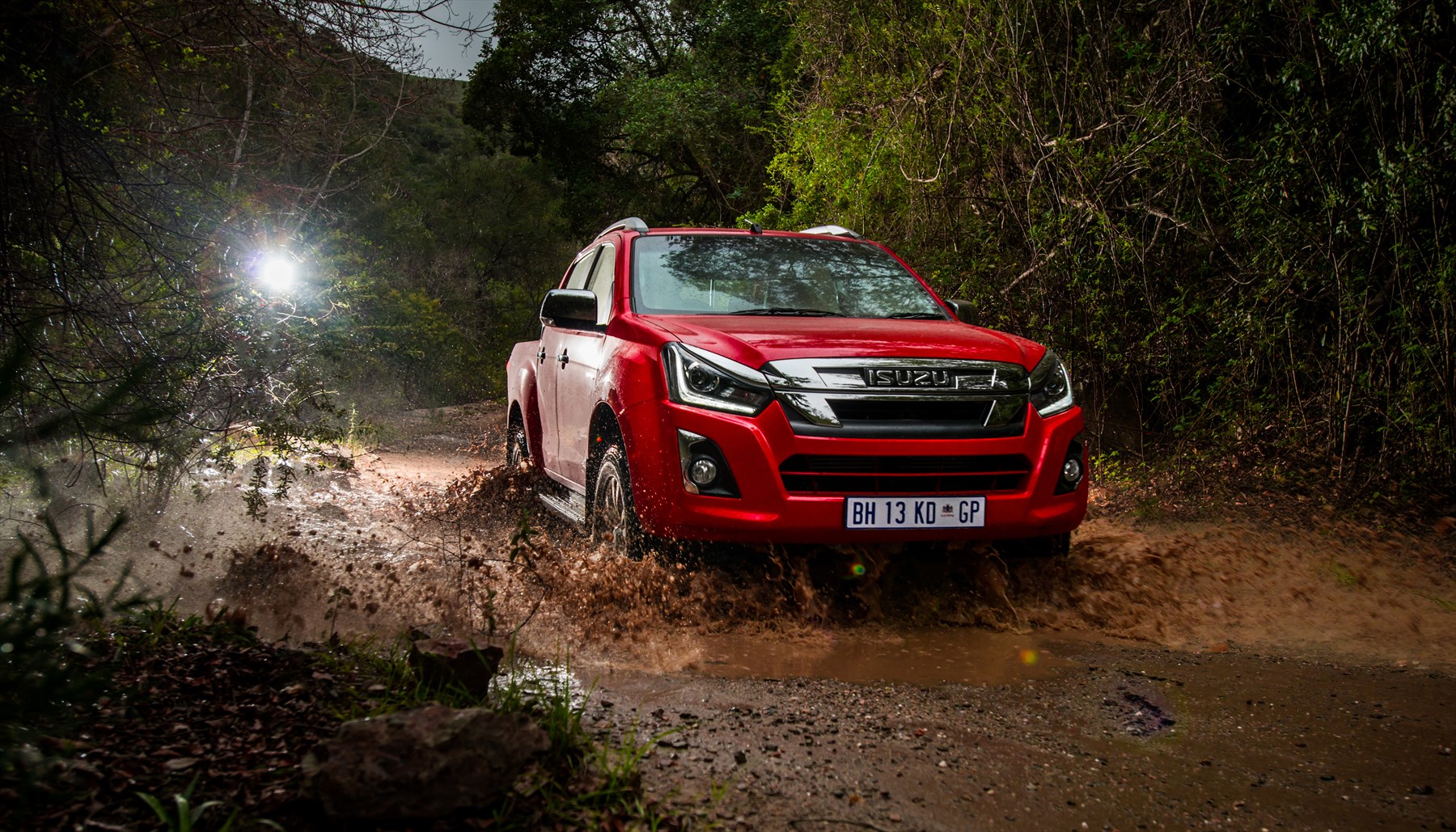 Isuzu’s recently rebadged D-Max is hardly a spring chicken anymore. Yet, it still resolutely hangs on to the third place in the sales race. This test again highlighted why it’s so popular.

There’s a sign next to the main road, near the Free State town of Frankfort. Put up by the local dealer in town, it states, inter alia: “This is Isuzu country.” Indeed, in that part of the country there are probably thousands of Isuzu farm bakkies running around.

This popularity is not limited to the Free State. The Isuzu D-Max (formerly known as KB) remains as popular as a free Wi-Fi connection on a bus filled with high school kids. In 2019

it was South Africa’s third most popular bakkie, behind the Hilux and the Ranger.

The test criteria highlighted some of the obvious reasons: the Isuzu boasts the second best actual payload capacity (at 850kg), again emphasizing the D-Max’s tough-as-nails, workhorse roots. Most notable though, was the Isuzu’s domination of the long-term ownership segment, which included the parts bin price comparison, sales service and resale value. This is clearly the backbone of Isuzu.

On the negative front, it wasn’t quite as happy in the handling test. The standard all-terrain tyres with a more aggressive off-road tread pattern are great off the beaten track but less effective in a test like this.

The interior may have all the prerequisite bells and whistles but when you jump out of one of the newer bakkies into the Isuzu, the D-Max’s more antiquated and slightly less plush cabin is pretty obvious.

Our judges didn’t rave about the driving experience, the Isuzu’s older-generation three-litre turbodiesel four pot not as keen to rev as some of the newer engines. When you do chase it to the red line, it puts up a bit of racket. Also, with 130kW and 380Nm, the Isuzu is down on grunt on most of its main-stream rivals. Make no mistake, it can get the job done, it’s just not as eloquent at this task as some of the other mills in this test. The Isuzu managed 47.9% in this department.

It may not be the fastest, most efficient or most modern bakkie in this company but it has something that money can’t quite buy: a solid reputation. And it’s clearly backed by a network of Isuzu dealers that operate according to the same ethos, too.

If the Isuzu was a cricket player, it would be retired Protea Hashim Amla – no flash attitude or shirts that are a few sizes too small. Just a solid, hard worker that got the job done.