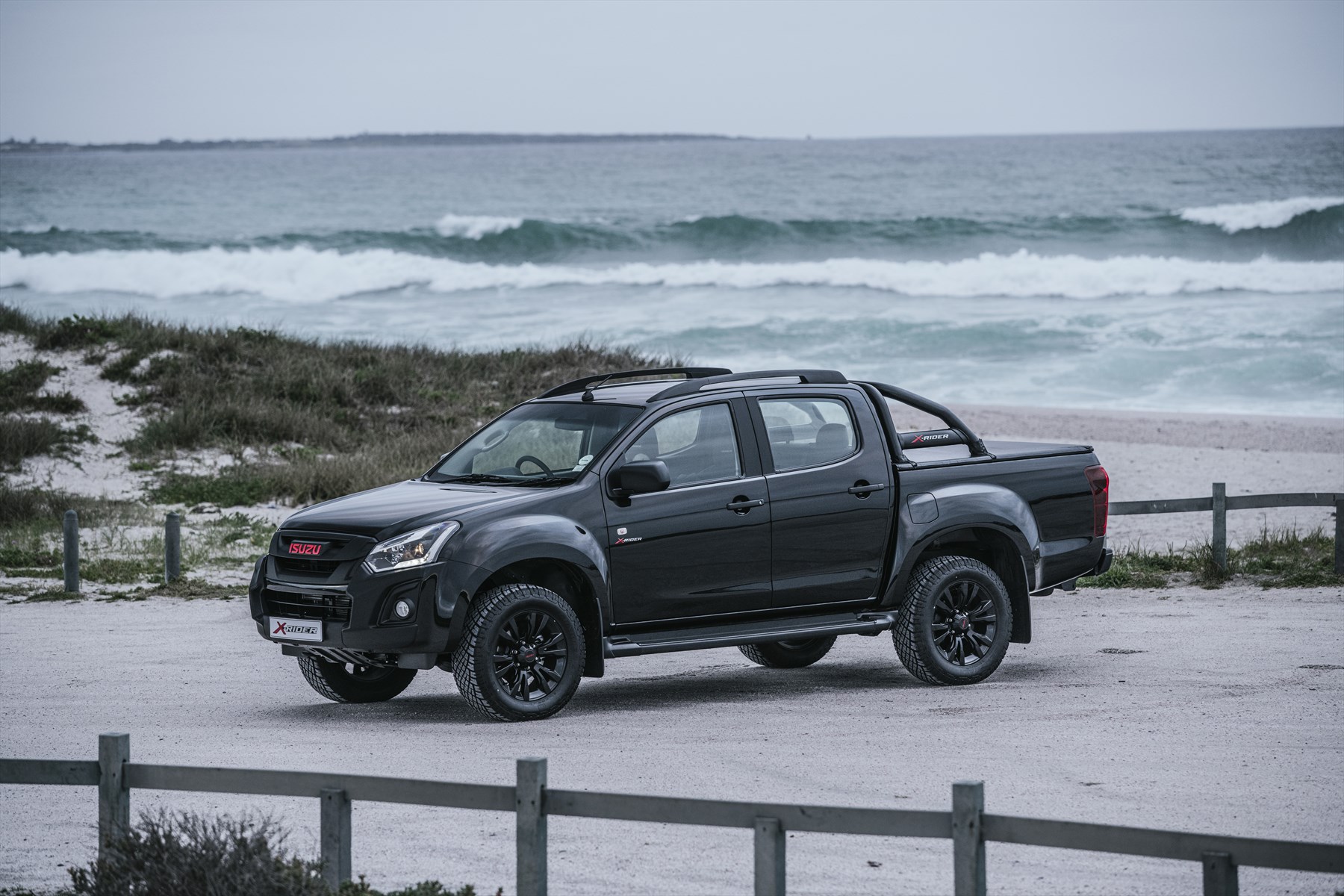 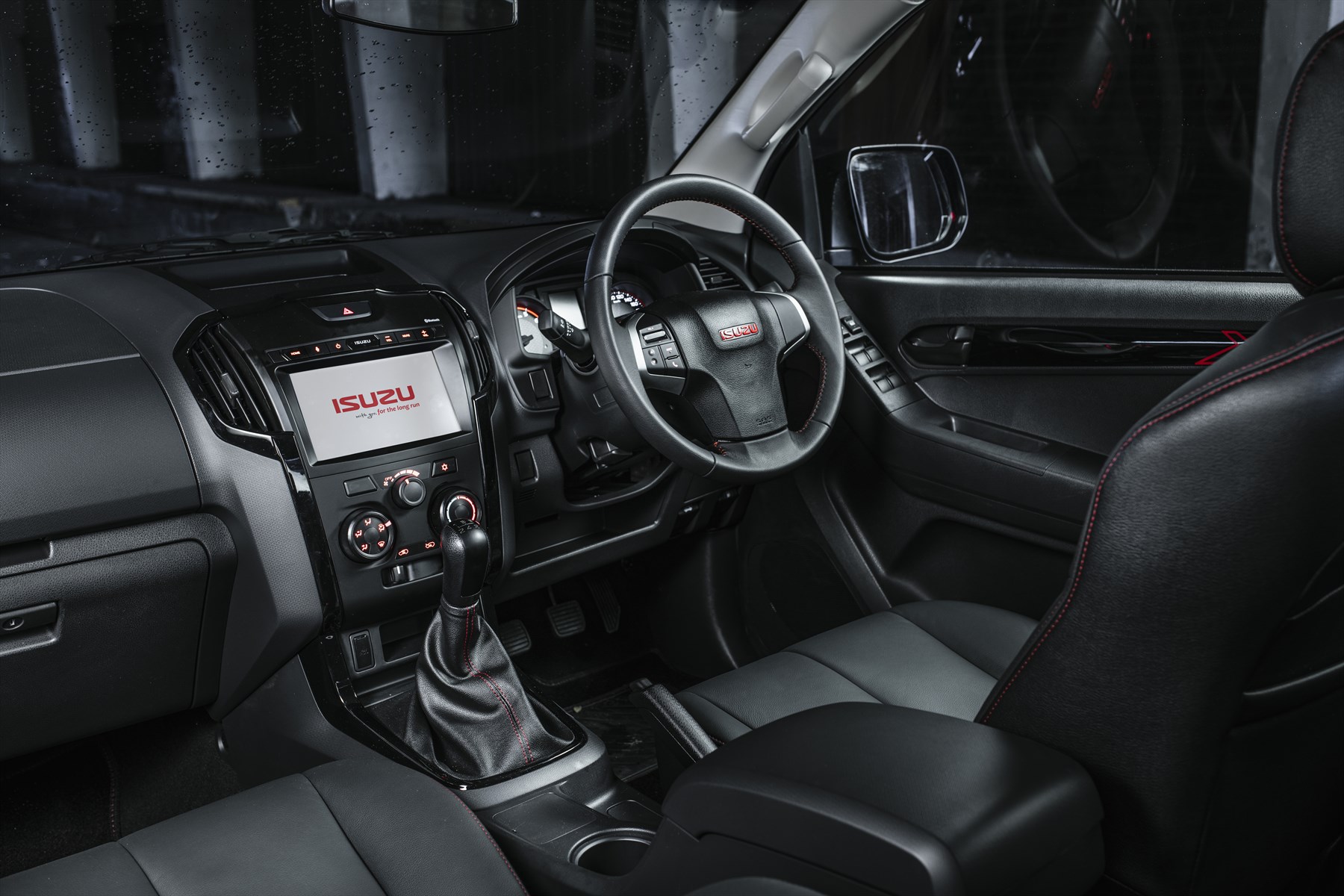 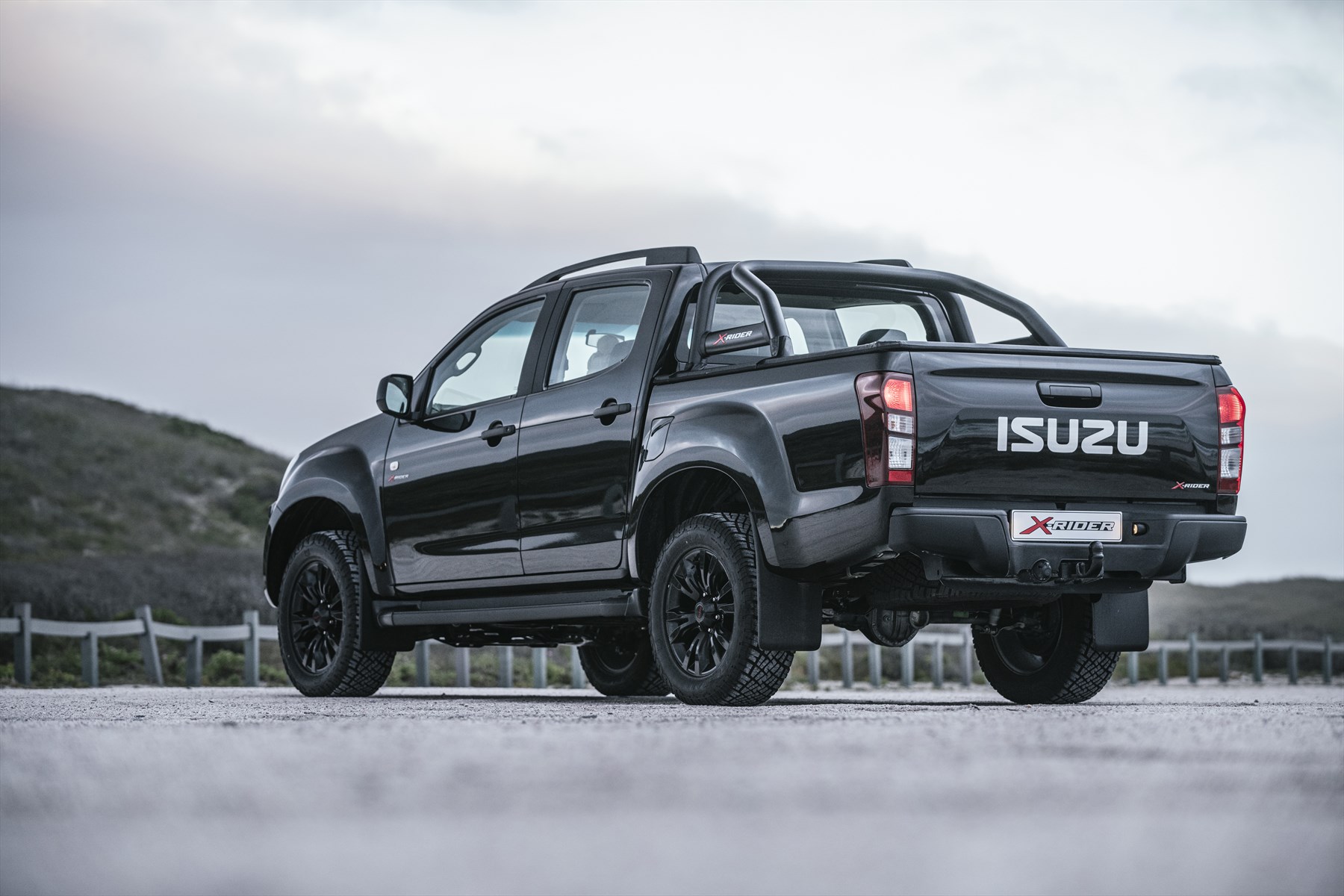 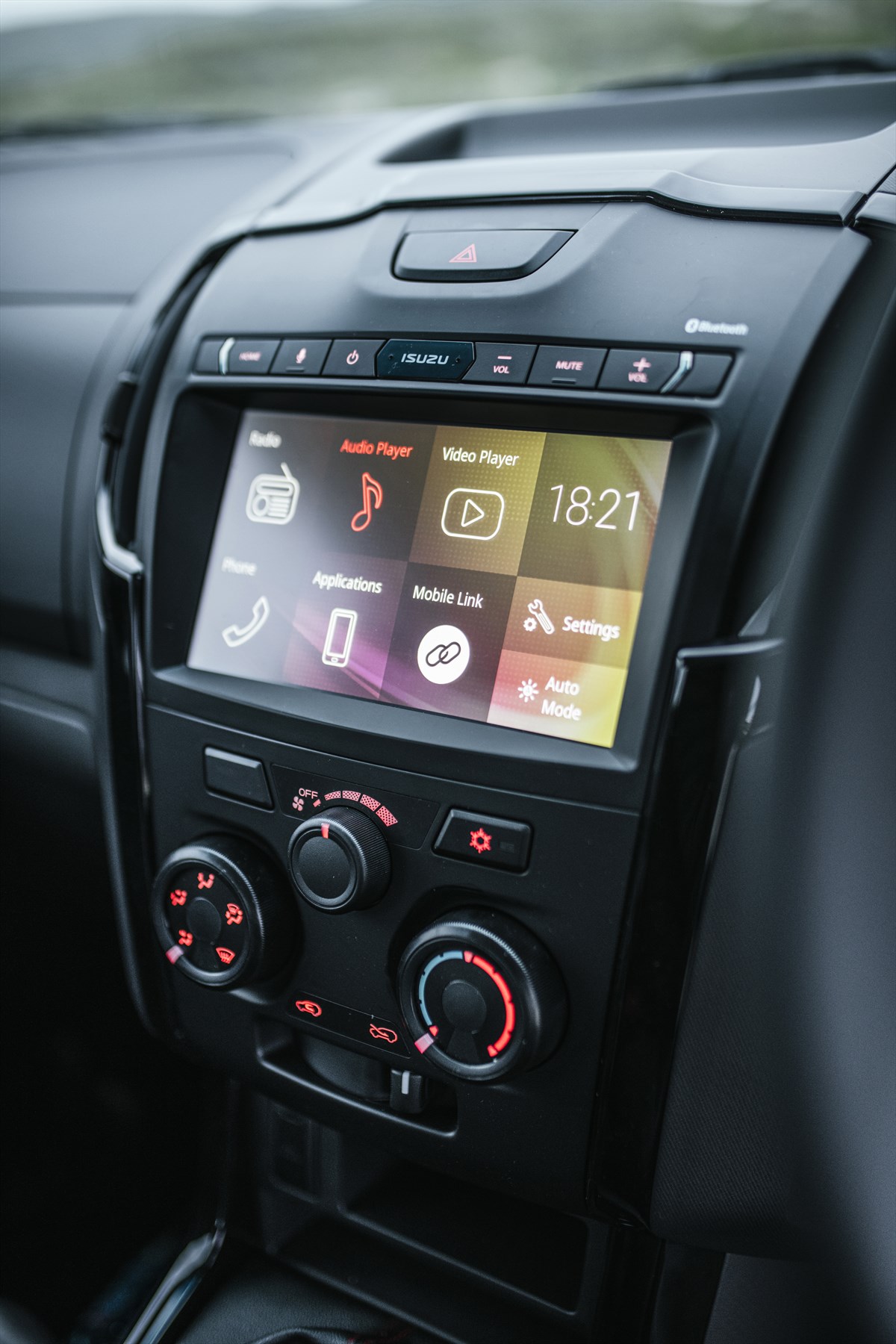 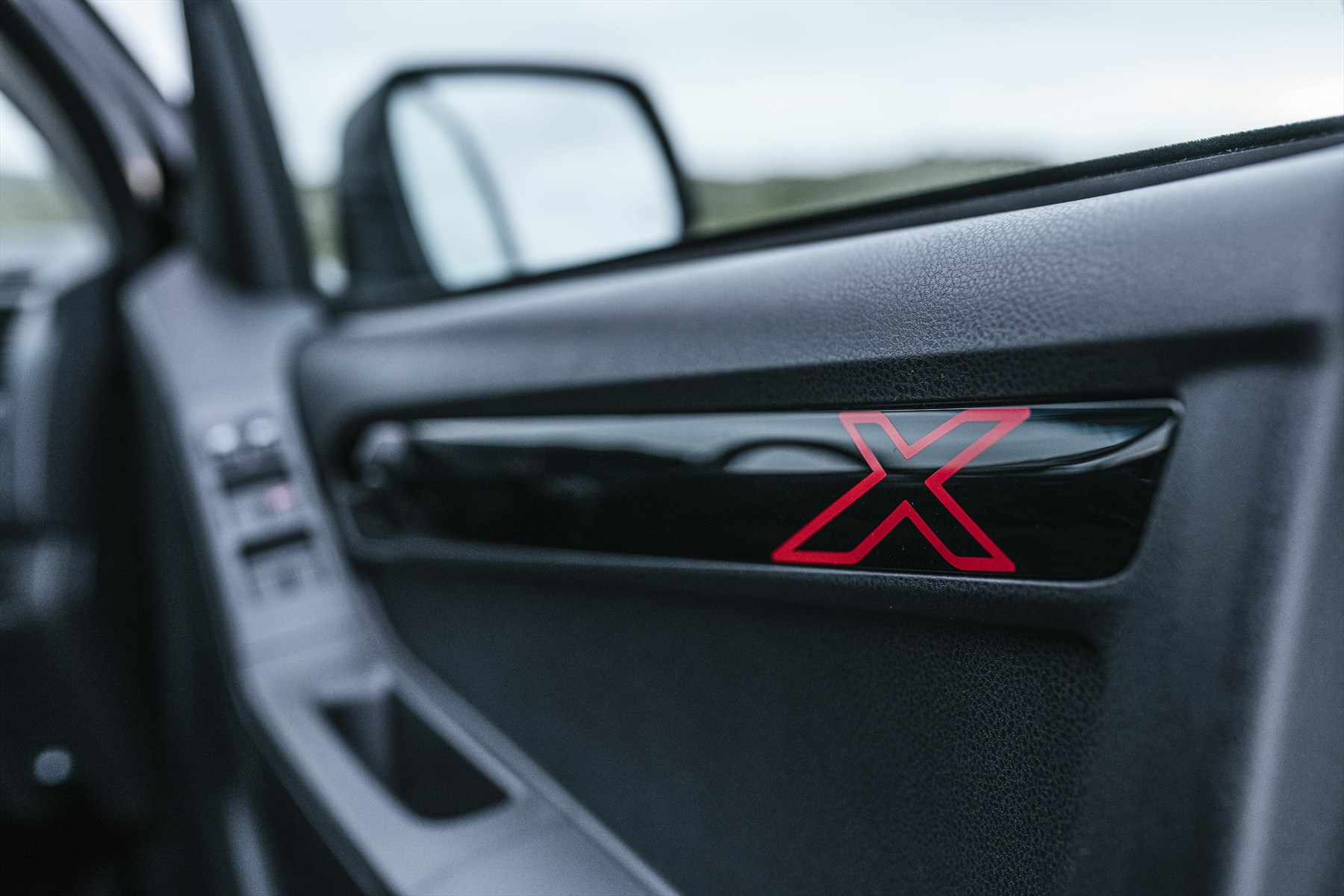 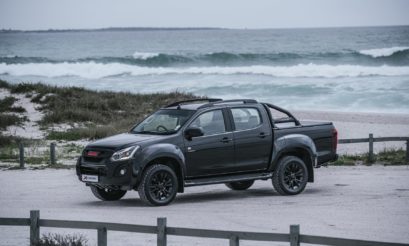 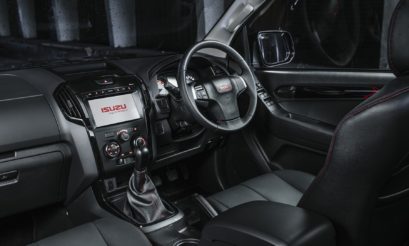 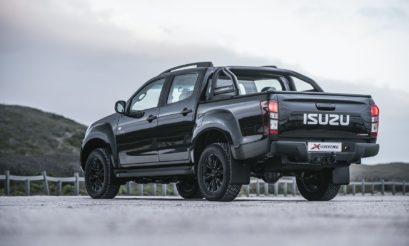 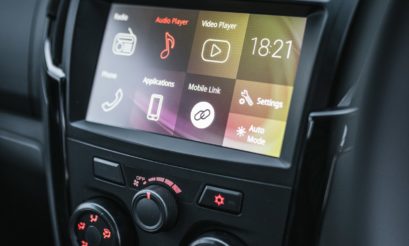 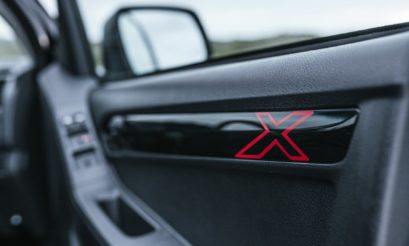 While we were conducting our Bakkie of the Year competition, we had an Isuzu X-Rider Black on test to provide logistical support. It also served as a nice reminder that there are still bakkies that retail for less than R500 000.

The journey that got us to the verdict in the link above was fun, daunting, memorable, eye-opening and, at times, exhausting. Watching all of these cars perform the various tests and having the opportunity to drive them back-to-back for more than a week was indeed a treat.

What you won’t see in the feature is the Isuzu X-Rider Black, which was present at the time, but not part of the competition. Coincidentally, it just happened to be scheduled for a standard road test the same week we conducted the big bakkie shoot-out.

It served as a nice reminder of want versus what you can afford. The customer obviously wants the most bang for his buck, but if the budget doesn’t stretch further than R500 000, it immediately rules out every other bakkie in the Bakkie of the Year test, except the Mahindra Pik Up.

The sub R500k leisure double cab segment is drastically under-represented. Sure, there are a few here and there, but in a specification level that’s tailored to meet the needs of the workhorse niche.

In an inspiring marketing move, Isuzu was the first to notice this gap and chose to fill it with a limited-edition model based on a mid-spec bakkie. That’s the abridged story of how the X-Rider came to be.

The result was spectacular. The X-Rider was so successful that it sold out immediately, so Isuzu decided to make it a permanent addition to the line-up. Since it technically wasn’t a “limited edition” anymore, Isuzu took it a step further and introduced the X-Rider Black. The first batch of blacks hit showroom floors in May 2018 and sold out soon after.

Now, more than two years later, Isuzu has brought the black back, most likely as a last hurrah before the all-new D-Max makes its debut later this year.

The big question is whether you should invest in a D Max X-Rider Black now, knowing that an all-new model is on the horizon?

It’s obvious why Isuzu chose to name it the X-Rider Black. With the exception of the badge on the grille, everything else is black. The roll bar, side steps, tonneau cover and 18-inch alloys shod with 255/60R18 off-road biased tyres are all black. According to the internet, orange is the new black, but Isuzu is not having it. This bakkie is out to prove that black is back.

The theme is carried through on the inside. It comes as standard with black leather seats, piano black vent bezels and steering wheel trimmed in the finest black leather. Here Isuzu also makes use of red stitching to offer a bit of contrast.

As a design exercise, we find it deeply alluring. But because we’ve owned black cars in the past, we have some real-life ownership advice.

A black car looks fantastic… for 15 minutes. The stunning effect is utterly ruined by finger marks and or a light gust of wind. Any off-roading is completely out of the picture, as even the smallest branch will leave a mark that will be impossible to buff out. Luckily, one can always keep a photograph on your phone so you can show people what you had in mind when you bought the thing.

Does the go match the show?

The X-Rider is powered by Isuzu’s 2.5-litre four-cylinder turbocharged diesel engine. It develops a perfectly adequate 100kW and 320Nm of torque, which will get it to 100km/h… eventually.

In actual fact, we’re just making a joke at Isuzu’s expense. The five-speed manual allows you to make the most of the power on tap, making it easy to keep up with traffic in the city. It’s more at home on the open road at higher speeds. Gearing down to overtake at 120km/h is hardly ever required since peak torque is available from 1 800 r/min.

The Black is available in 4×2 guise only. Seems like an odd choice, but the humble 4×2 has its place in the market and it most definitely isn’t just for posing purposes.

Think of all the things that have made crossovers and SUVs such a smash hit in recent years. The elevated driving position, an added layer of robustness even if it’s just cosmetic (not relevant here, but you get the idea), chunkier tyres that are better suited to our pothole-infested roads and, of course, a decent helping of practicality. All of these things are present and accounted for in a double cab bakkie, even if it’s just a 4×2. And you get the added benefit of a load bin, into which you can chuck many adventure-related things. Examples include bicycles, diving gear, surfboards and the like. Whatever your hobby may be, chances are you can fit whatever accessories you need in the back of a bakkie quite easily.

Bakkies have also become as lavishly equipped as their SUV counterparts, making them as easy to live with on a day-to-day basis.

This X-Rider has all of the modern amenities, including a touch screen infotainment system with Apple CarPlay and Android Auto. Air-conditioning is standard as well, as are all the basic safety systems and two airbags.

In isolation, the D Max is a fine bakkie, but once you drive it back-to-back with the rest, it’s easier to spot the cracks. The rear suspension is firmer than it needs to be. It’s not as noticeable on tar, but on anything but a perfectly smooth gravel road, it tends to feel too harsh. We’re aware of its humble roots, but there are other newer bakkies that offer a better compromise between load-carrying and on-road comfort.

The gearbox is also notchy and the clutch is on the heavy side. These are all problems that stem directly from its age and neither are deal breakers in our books.

The X-Rider Black is a bargain and it has no real competitor apart from the Mahindra Pik Up Karoo. To some, the Isuzu logo will be enough, but if you’re undecided and willing to give Mahindra a shot, we’d recommend driving both before deciding. You’ll definitely get more of just about everything in the Mahindra and at a better price, too. 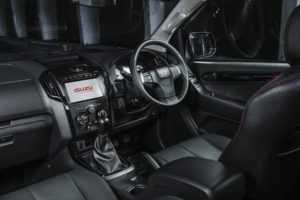 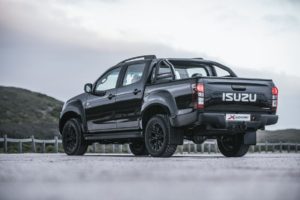 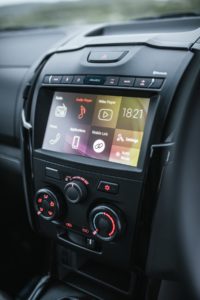 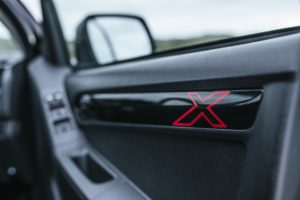