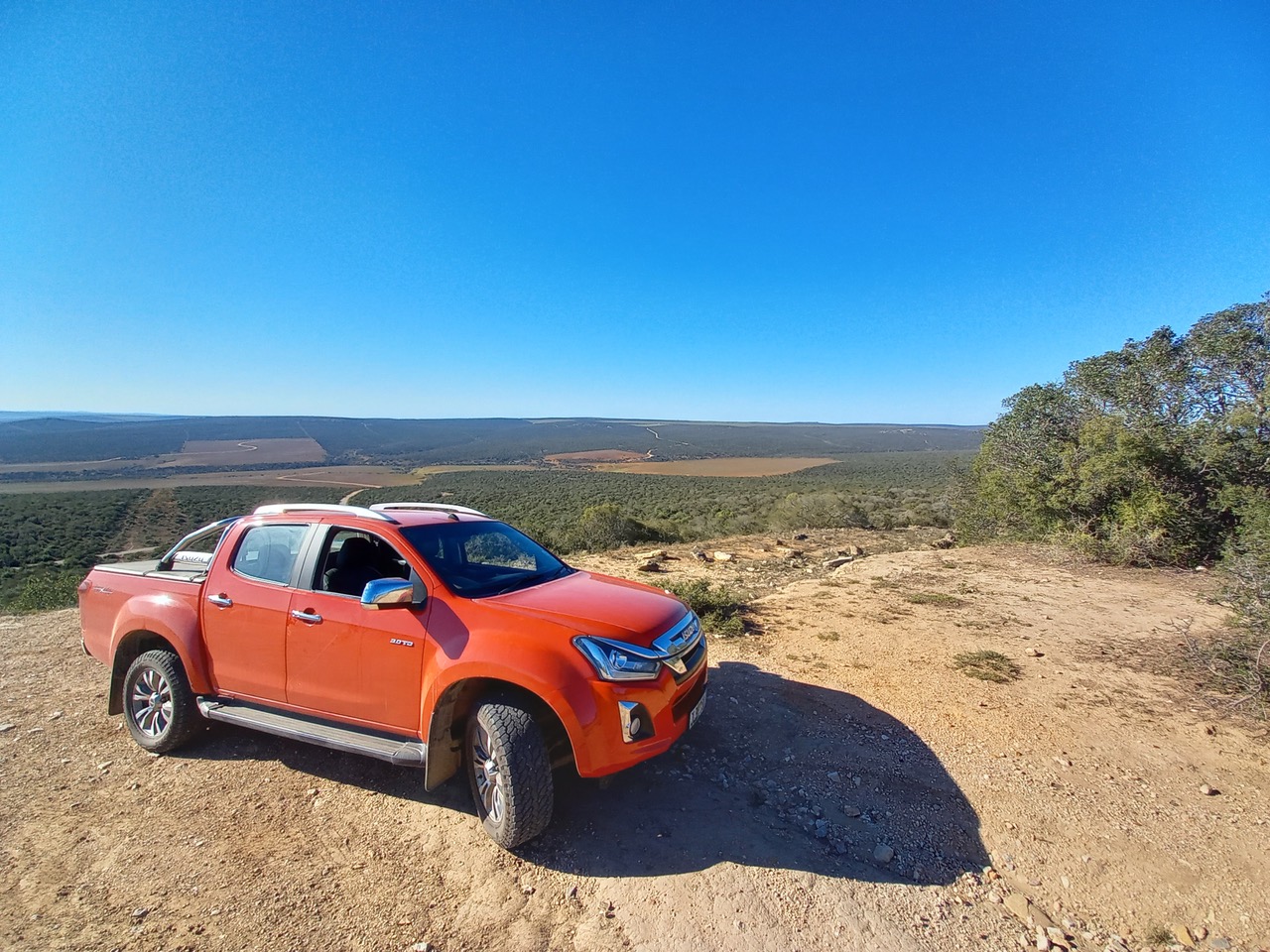 It was just after dawn when I drove up the gravel road towards Algoa Bay Lookout in Addo Elephant National Park. The bay itself was about 15 kilometres to the south and my mission to photograph a ‘sea lion’ had not so far proved fruitful.

Addo – world-famous as a ‘Big Seven’ park (boasting southern right whales and great white sharks in addition to the usual suspects) – has more than its share of spectacular marine life. Those riches were to be found in the faint tinge of blue that was just visible in the early light… but that was fine because I was tracking a ‘sea lion’ of a different sort.

I’d arrived at main camp before the gate even opened that morning and, as far as I was aware, the Isuzu was the only vehicle game-driving in Addo’s southern Colchester section when I’d stopped to watch a small bachelor herd of particularly grumpy-looking dagga boys. As I’d reversed out of the Lismore Waterhole parking area I’d noticed the fresh pugmarks of a large male lion in the dust.

I recalled an email I’d received, just a few days before, from Addo-expert, author Mitch Reardon: ‘It might be of interest to note,’ he’d told me, ‘that Addo is one of (I believe) only two African parks where lions can be viewed against a seascape backdrop.’

It was worth following the spoor because there are currently there are just six lions in Addo, where their population is controlled to protect the valuable disease-free Cape buffalo.

I’d been fascinated by Mitch’s classic Shaping Kruger and his wonderful new book, Shaping Addo, had inspired me to re-visit a park that clearly has more than its share of mysteries and environmental enigmas.

Apparently, only in Addo and in Namibia’s Skeleton Coast National Park do you have a realistic chance of seeing lions against an ocean backdrop. You have to wonder too what Kalahari lions made of that apparently endless expanse of water on the horizon… disease-free lions were relocated from Kgalagadi Frontier National Park to form Addo’s founder population because they were thought to be the most genetically similar to the extinct Eastern Cape lion. Reardon, however, points out in Shaping Addo that ‘assumption is based on no scientific evidence whatsoever.’