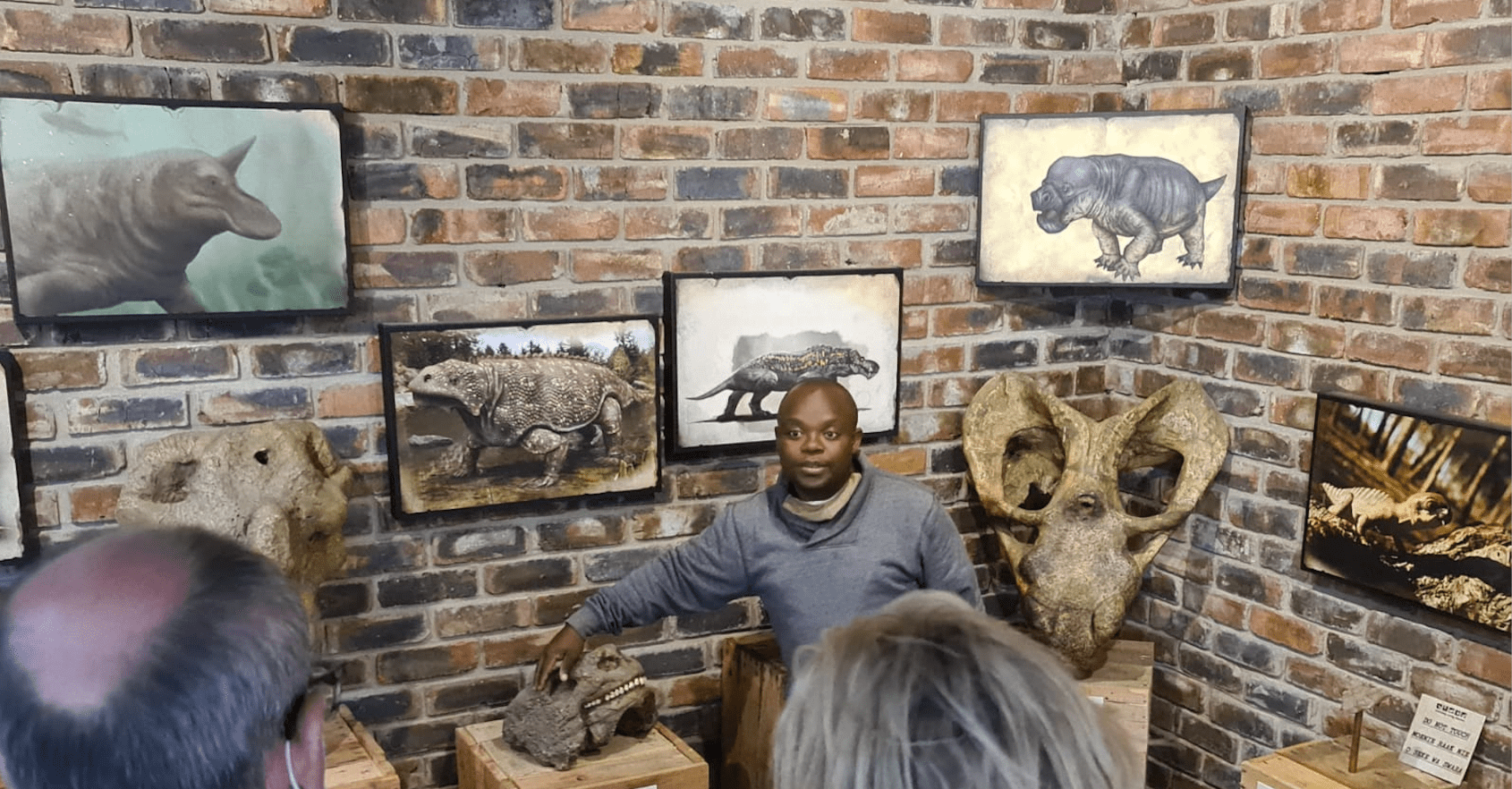 “I was already 35 years old when I saw my first rhino in the flesh,” Sekhwiri Langa recalls what was clearly a defining moment in his life. “I suddenly realised, ‘oh, so now I understand what the fuss is all about.’”

Sekhwiri is what you might call a late bloomer into the world of conservation but, with the legendary conservationist Clive Walker as a neighbour and mentor, he was filled with an enthusiasm to soak up knowledge not only on wildlife but on pretty much every facet of the Waterberg area. He worked five years at the beautiful Ants Nest reserve – where guests often described Sekhwiri as the most enthusiastic and energetic guide they’d ever met – before taking up his current position at the Waterberg Living Museum.

The museum was set up by Clive Walker and his son Anton; it is exceptionally well laid out and houses collections on Waterberg, Ancient Africa, Rhino, Elephant, Cultural Heritage and the fascinating Museum of Memory (featuring Clive Walker’s lifelong collection of photographs and artefacts, with a strong accent on personalities who have worked in the Waterberg).

Perhaps because his own enthusiasm for conservation emerged fairly late in life, Sekhwiri Langa particularly enjoys an opportunity to guide local children around the museum. “This project is close to my heart,” he says. “I enjoy it a lot as I make a difference to my community, few of whom would normally be privileged to visit a place like this.”

“It’s fascinating to see the museum exhibits that most intrigue the children,” Sekhwiri explains. “Of course, they’re astounded to see the pickled elephant (and rhino) foetuses. And they instantly recognise the woolly mammoth from the movie Ice Age. For similar reasons they’re fascinated by the dinosaur exhibits in the ancient Africa museum. It’s amazing how many kids are already experts on dinosaurs. On our own early history they seem to be less clued up however – the human evolution exhibit surprises them because it seems that many of them always thought we descended from baboons. In the rhino section they always ask a lot of questions about the horn. Of course they’ve heard about the poaching problems and want to understand why all this fuss about a mere horn (just keratin actually) that cannot possibly have any medicinal value.”

The children don’t normally visit the section of the museum with Clive Walker’s personal memorabilia but the jars of scat and poop that the great tracker collected and photographed in 1981 for the first edition of his bestselling Tracks and Signs would certainly be another highlight.

At the time of writing Sekhwiri had already guided 453 children (mostly aged between 12 and 19) around the museum in a project that had been funded by Marataba Community Conservation Fund, in collaboration with Save the Waterberg Rhino. Lunches, prepared by Sekwhiri’s equally enthusiastic and hospitable wife Caroline, are also provided for groups.

“It sometimes seems amazing that the European and American kids who come to the museum have far more awareness of conservation and nature than our own African kids do,” he says. “But in many cases of course the school kids I show around the museum have not had the benefit of even seeing an impala in the wild. Much more importance needs to be placed on educating the children from communities that surround our parks and reserves.”

Funds are needed to provide museum visits free to school children. In many cases this might be the only museum that these children will ever visit – a once-in-a-lifetime experience. Costs range from R150 to R220 per child depending on travel distance. If you’re interested in donating email Save the Waterberg Rhino on [email protected]

HOW TO GET THERE: Waterberg Living Museum is at Krokodilrivier, 25km from Vaalwater. For the exact location, take a look at the website here.