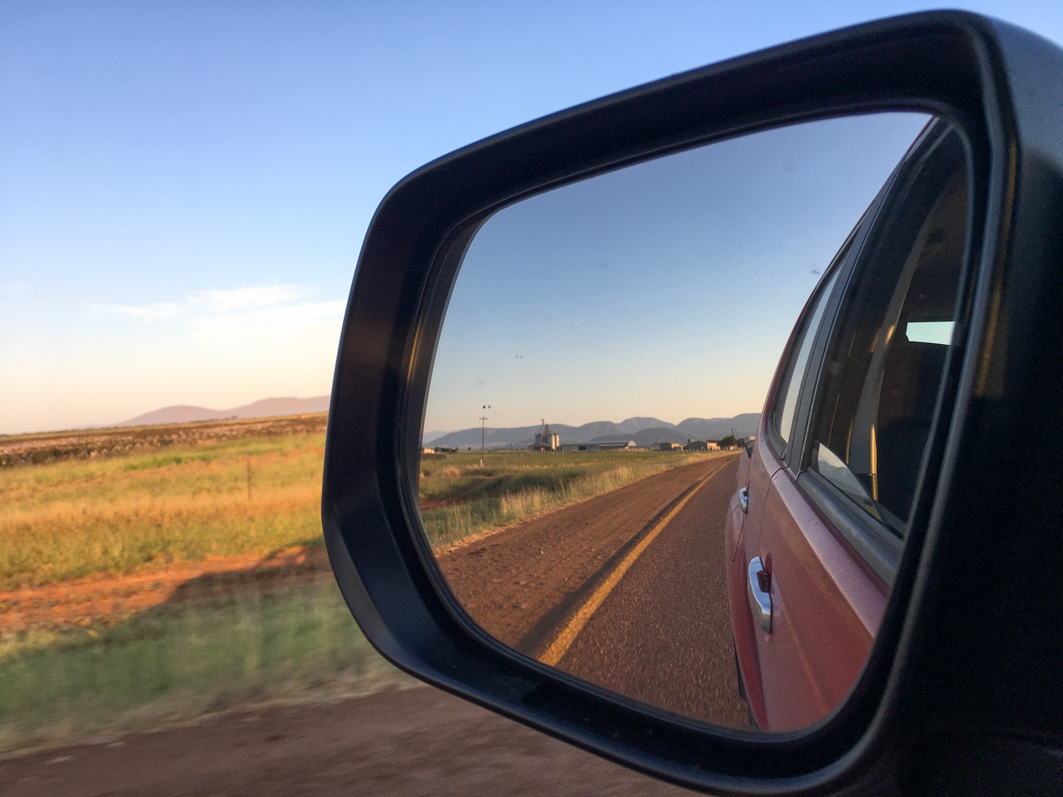 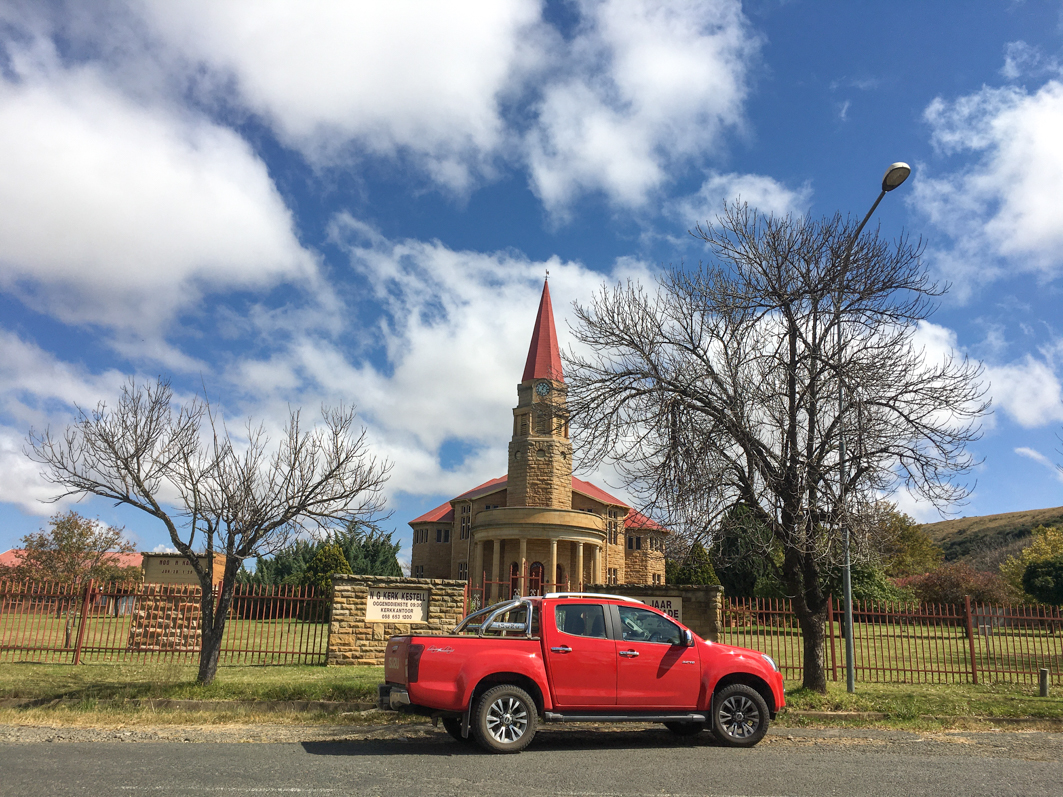 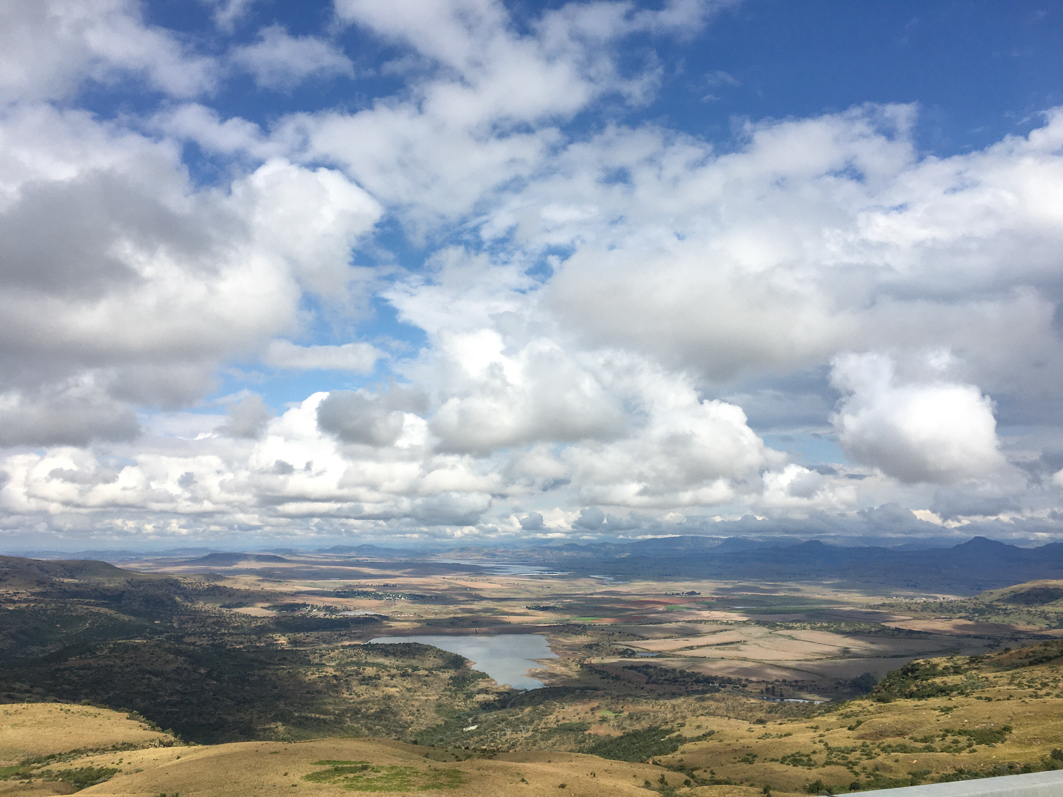 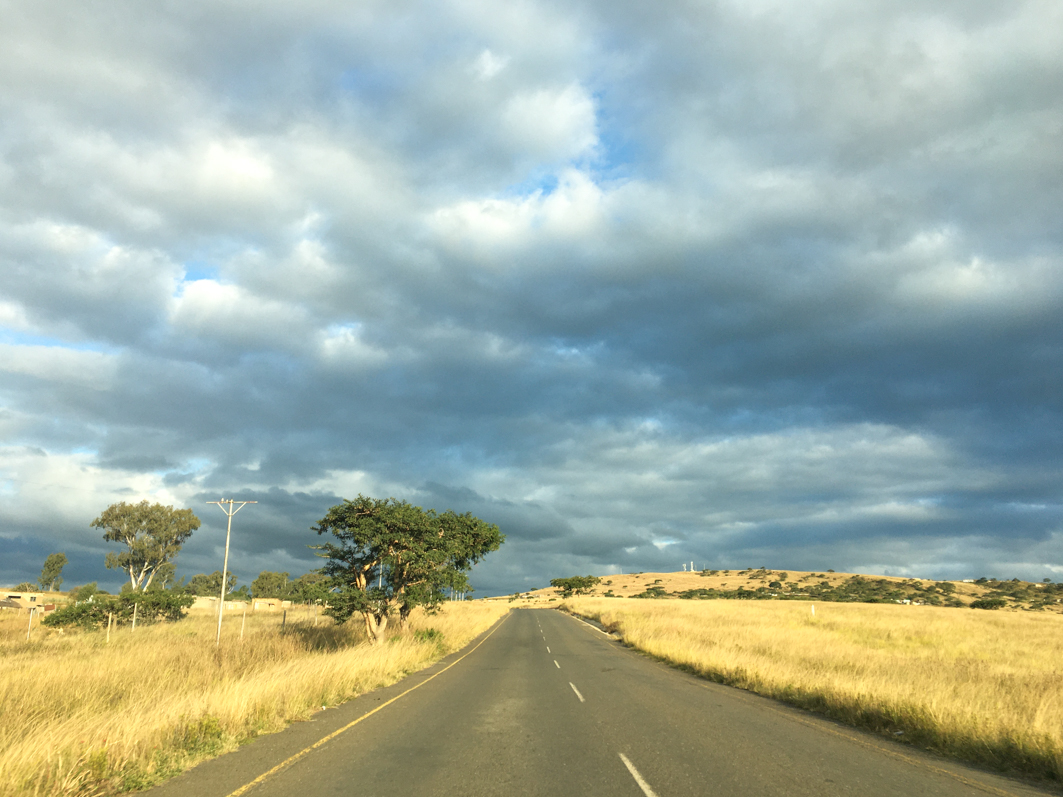 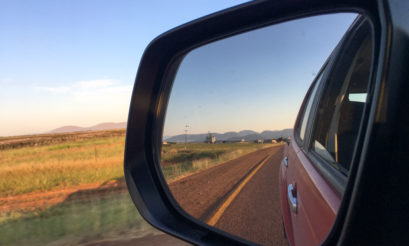 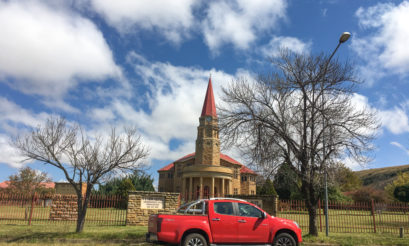 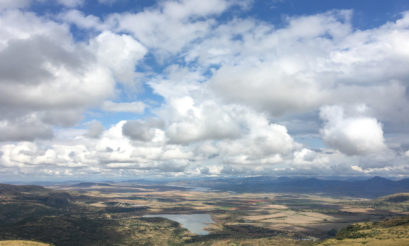 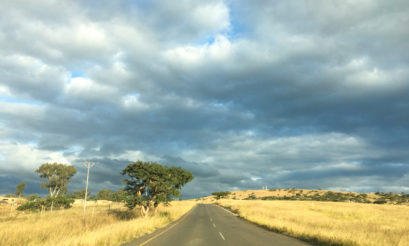 Those who live by that old adage about the journey being important, not the destination, are quite likely to agree: unless you’re in a real hurry, the most direct route is best avoided. Of course the national highways serve their purpose, but Mark and I – who love dirt roads, a good padstal and to stop frequently for a coffee – prefer to avoid them.

Our plan, when we returned from the Waterberg to the KZN Midlands, was to avoid the national roads and take two days to get home. On the first afternoon we drove from Vaalwater to Pretoria via the scenic Bakkers Pass (see the route details here), then stayed overnight in Hartebeespoort. Just after dawn the following day, sustained by the coffee in our travel mugs, we drove a windy-windy route via Randfontein, Westonaria, Vanderbijlpark and Sasolburg to Heilbron. There, away from the busyness of Gauteng’s rush-hour, our journey slowed down.

We stopped for brunch at the OK Minimark in Heilbron, where there’s nothing mini about their vetkoek (a R30 vetkoek could easily feed four people); drove under wide blue sky on the R57 to Reitz (coffee at Chocolat is recommended – you’ll see the signs all over town), then again it was open skies and vast farmlands as we journeyed deeper into the Free State.

About 45km before Kestell, still on the R57, the fringe of Drakensberg mountains started to stagger the skyline. Instead of sidestepping Kestell we spent about 20 minutes exploring the town’s streets – although it feels completely neglected, Kestell has some gorgeous old sandstone houses and the NG church is spectacular (more on that in another post).

From Kestell it was mountain scenery all the way as our route took us towards Phuthaditjhaba, which is on the east of Golden Gate Highlands National Park. We hugged the eastern edge Sterkfontein Dam, on the R74 now as KwaZulu-Natal sprawled spectacularly below us from Oliviershoek Pass.

The coffee we so desperately needed didn’t materialise at The Outspan, a café/padstal/play area at the bottom of the pass (the café was closed) but what we found instead at the adjacent padstal was arguably the best biltong in the country. “Unchanged since the Great Trek” the sign proudly announces, below which is the story of the Van Reenen family who settled here in 1848, and their secret biltong recipe.

The route from here deeper into the KZN Midlands – the R74 through Bergville and Winterton to Frere, then the R103 through Estcourt, Mooi River, Nottingham Road and Lions River to Howick – is so packed with places to go, things to do that travellers really are spoiled for choice.

Bergville, Winterton and Estcourt are gateways to the Drakensberg (on the southwestern side of the R74) and the Anglo-Boer and Anglo-Zulu battlefields (on the northeastern side of the R74). Nottingham Road, Lidgetton and Lions River have countless places to stay, from farmhouses and trout lodges to cute cottages. It really is an area worth spending some time in – and in the coming weeks we’ll be sharing some of our favourite places to go, things to do in the KZN Midlands. 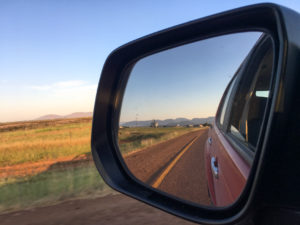 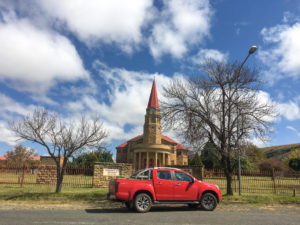 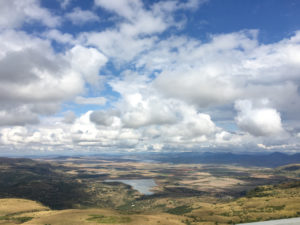 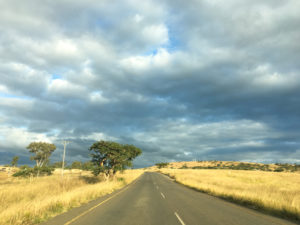