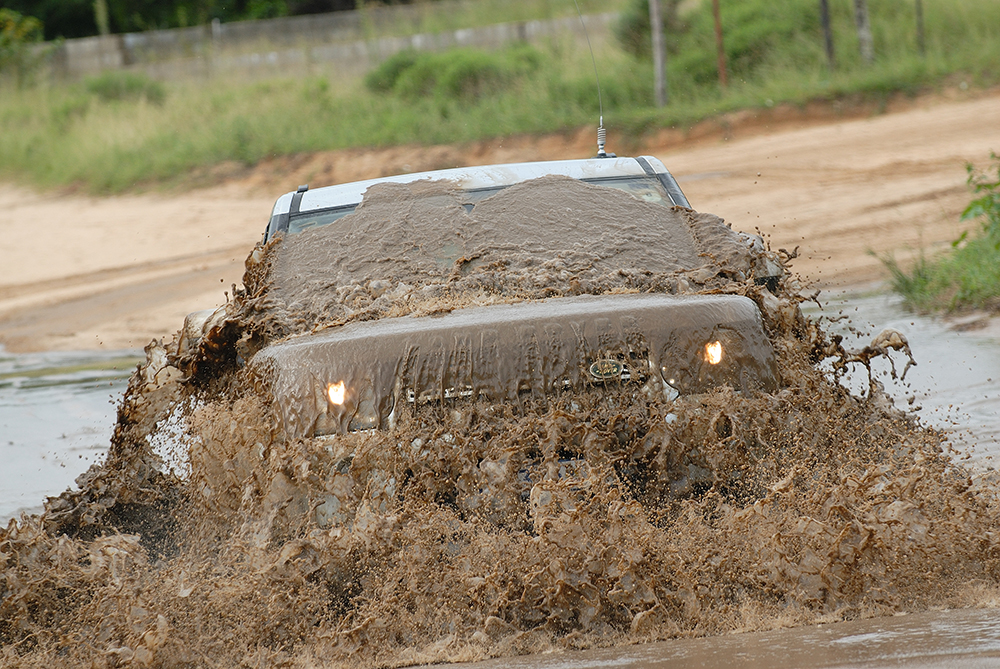 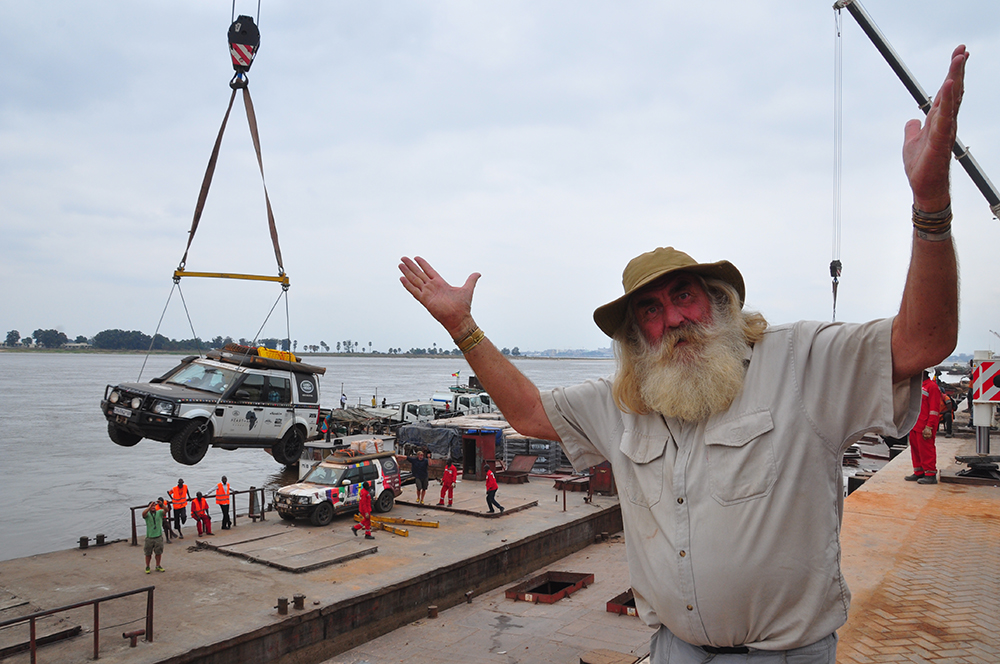 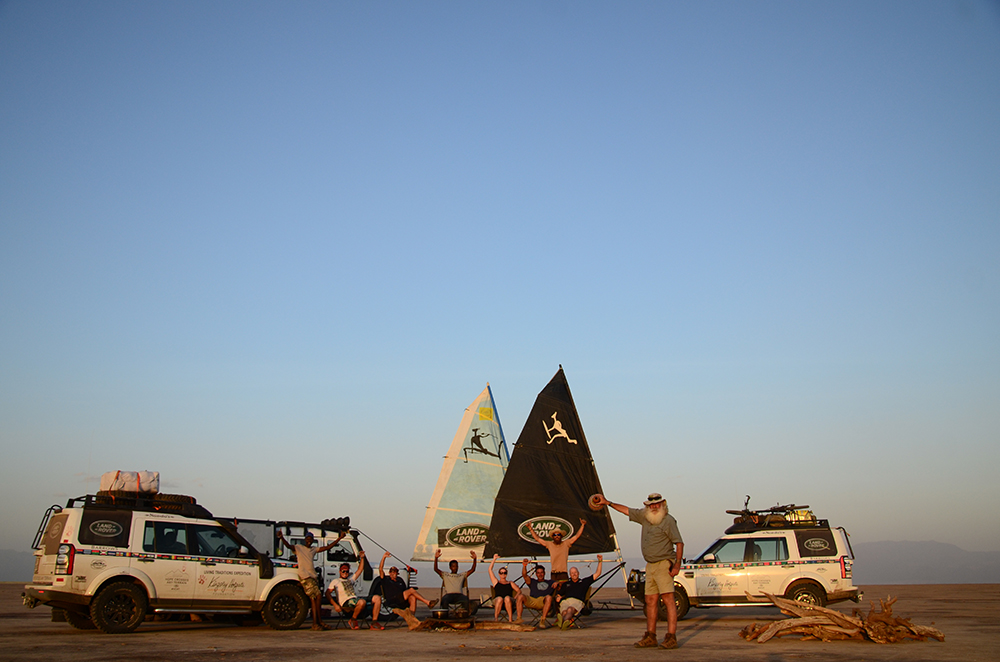 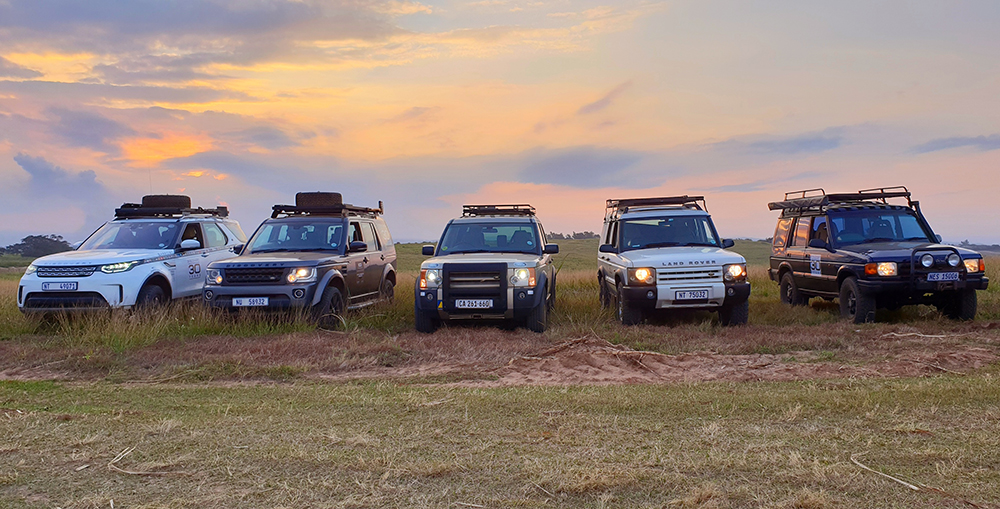 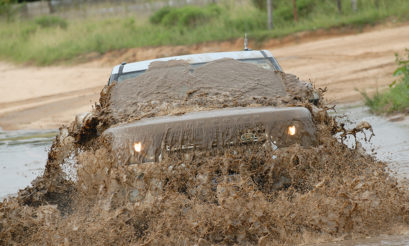 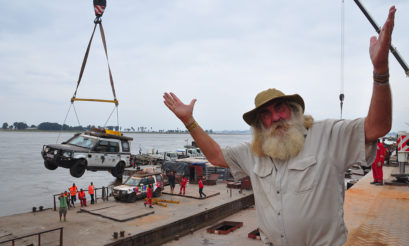 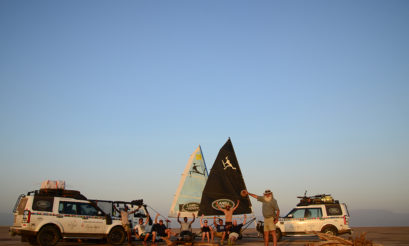 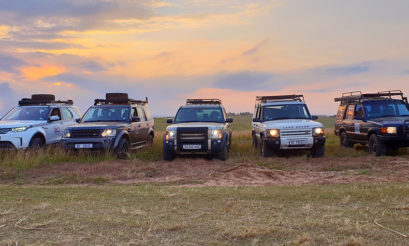 Kingsley and crew have used every model of Land Rover for their various expeditions, but the combination of comfort and ability has made the Discovery one of their favourites.

This year, we’re using our adventures in Land Rover Discoverys to highlight their achievements over the past three decades. First launched at the 1989 Frankfurt Motor Show, the Discovery soon became the Land Rover of choice for the Camel Trophy. This grueling endurance event tested adventurers to their very limits, putting them and the Discoverys through their paces every year as they explored regions such as the Amazon, Siberia, Madagascar and Australia. The brawny off-roaders in their instantly recognisable yellow-orange colours and gritty 4×4 attitude showed their capabilities in some of the toughest terrain on the planet.

This got me thinking about some of our own epic journeys in Discoverys and some unique ‘firsts’. For example, we took two Discoverys on a 100-day Boundless Southern Africa expedition to unite nature, culture and community across nine countries, seven Transfrontier Conservation Areas and 30 national parks and game reserves. Then there was Journey to Juba – crossing Africa to reach the legendary Murchison Falls in Uganda and a perilous journey following the Nile to finally reach Juba in time for the Independence Day celebrations of South Sudan, the newest country on the planet.

In Discoverys we traversed the entire length of the Great African Rift Valley, from the Gulf of Tadjora on Djibouti’s Red Sea coast to Lake Urema in Mozambique’s Gorongosa National Park. Those Discoverys also made it to Africa’s lowest point at Lake Assal and across the Danakil Depression, said to be the hottest inhabited place on Earth. And who can forget the two Discovery 4s that went to the Heart of Africa in the Congo, and then took us on a world-first land yachting expedition to cross the Karoli and Chalbi Deserts in the wild Northern Frontier District of Kenya and further north to the dust-devilled, barren and blistering Chew Bahir in Ethiopia, a dry salt lake on the floor of Africa’s Rift Valley.

Then came the super technically advanced All New Discoverys. Wow! People said, ‘Are you really going to take these ‘Mom’s Taxis’ to dangerous Somalia? They’ll never make it!’ Well, they most certainly did. We fitted them with 18 inch rims shod with Cooper Tyres, Front Runner roof racks and rear-mounted winches and not only drove them to Africa’s most easterly point on the Horn of Africa – tackling flash floods, washed-away roads and bridges and a dangerous, high-speed crossing of Somali desert country – but then used the same two Discoveries to journey from Cape Town to Kathmandu and on to Calcutta.  More recently, we put them through their paces doing flood relief humanitarian work in Mozambique. These new Discoverys have already done over 70 000 kilometres of rough, tough expedition work and haven’t missed a beat – and there is still loads more to come.

Recently we had a 30 years of Discoverys celebration with charismatic, full-of-fun Land Rover rugby ambassadors Jean de Villiers and Skara Ntubeni and a media team – floating one of our current Discos across a river on the ‘Ma Robert’ Zambezi River pontoon boat, then driving every model of Discovery through thick bush and sand tracks to end with campfire tales of expedition life.

But it’s not just about tens of thousands of kilometres, millions of tyre revolutions, buckets of sweat and great humanitarian work done on every expedition – it’s also about family and the heritage of the iconic Land Rover brand being passed down to the younger generation. So what made the day even more special was when during a line of up Discoverys through the ages, my son Ross quite unexpectedly handed over the keys of his old Td5 Discovery 2 that’s only got 385 000 kilometres on the clock, to his 18-year-old son Tristan. Tristan’s already had a large slice of expedition life – sailing on an Arab dhow to Somalia and back when he was a brick-and-a-tickey high, and then travelling much of the Outside Edge of Africa with us when he was just eight years old. It’s his very first car and we couldn’t wipe the smile off his face!

Not surprising therefore, that a few days later on a Granddad-and-Grandson getaway, I found myself lurching from side to side in the passenger seat of his newly acquired chariot loaded to the roof-rack with kit. In first and second gear, with low ratio and diff-lock engaged, we tackled a rough, seemingly endless track through the Babanango hills of Zululand. Camping wild under cold, clear skies, dented enamel mugs in hand, sharing fireside adventure stories well into the night. A few days later, the two of us went exploring with barefoot trail guide Nunu Magagula passing on his bush knowledge while we walked amongst rhinos. Proving once again that there are so many great adventures close to home; it’s just about turning the key, making it happen and pulling the pepper ticks off your backside when you get home! 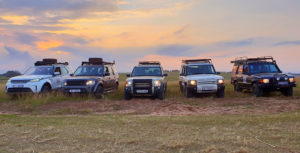 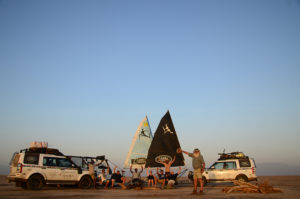 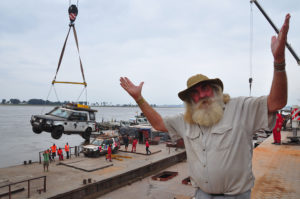 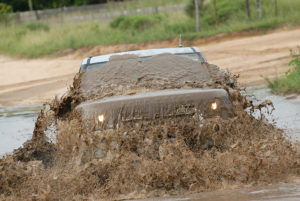