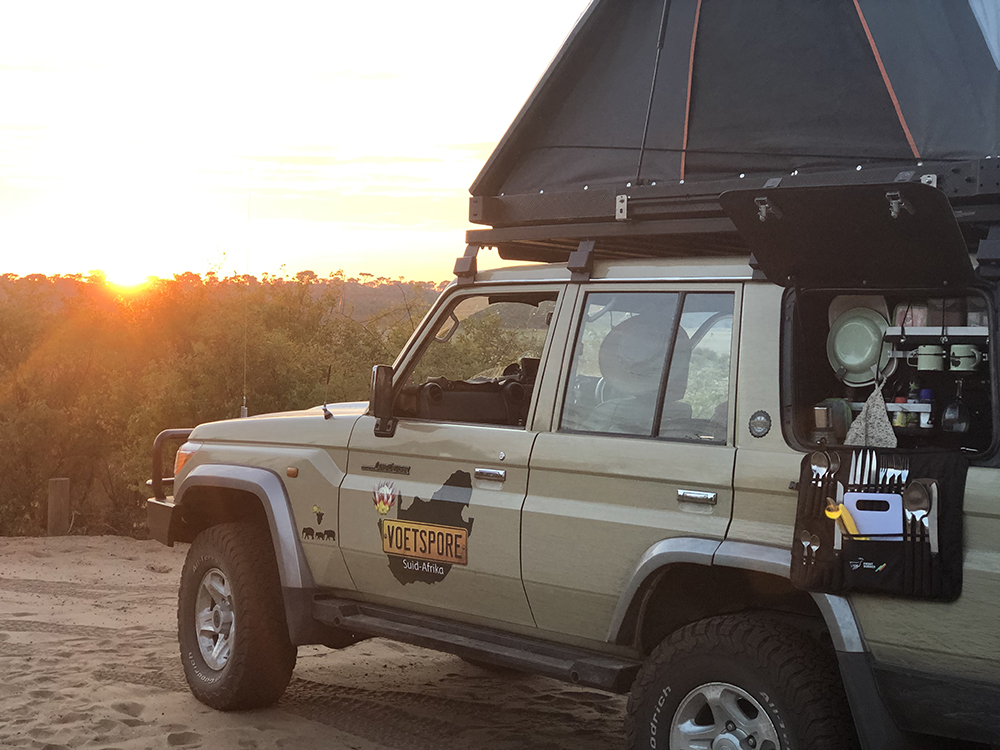 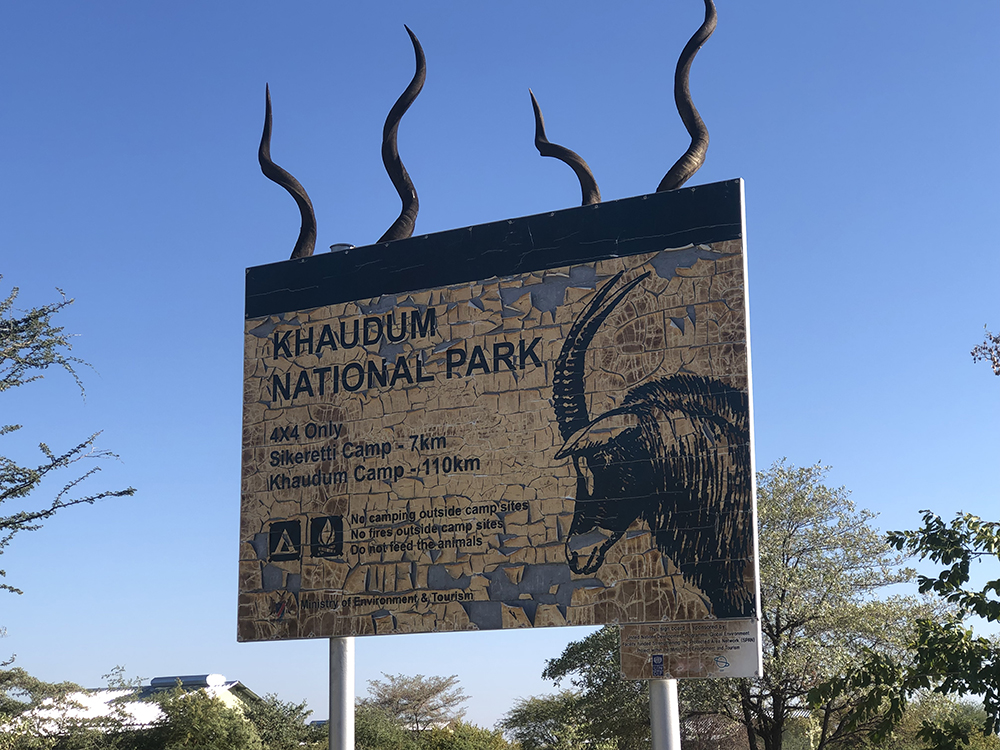 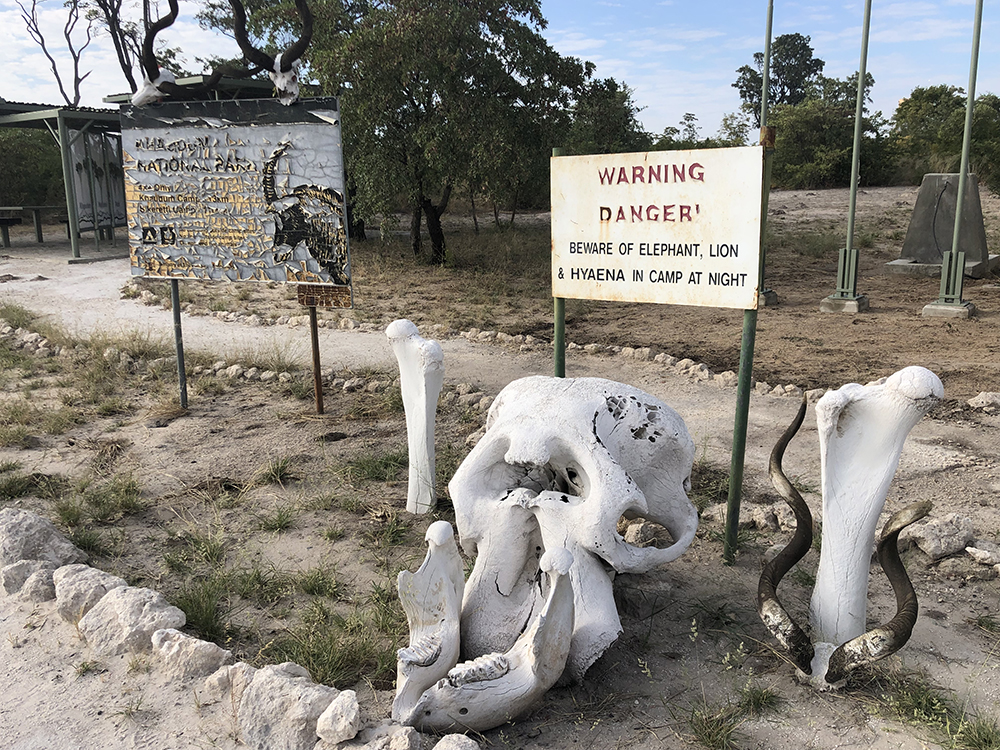 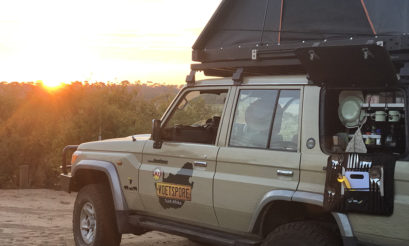 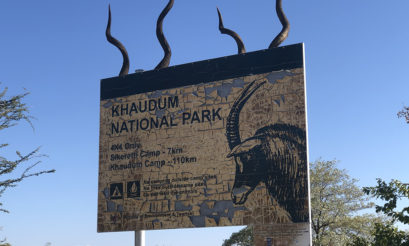 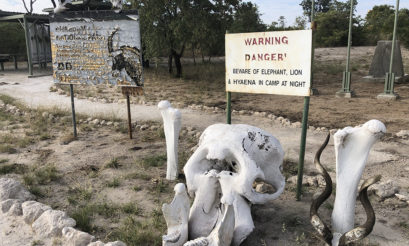 Voetspore’s Johan Badenhorst went in search of the last bit of real wilderness in Southern Africa and got a real history lesson at the same time.

Visiting real wilderness areas in Southern Africa becomes more difficult each year. Too often, just when you believe you are experiencing true, untamed Africa, suddenly a game viewer with Japanese, German and American tourists rock up, taking selfies with a lion, elephant or African sunset in the background. But it is still possible to find true wilderness in this part of the world, and it is called Khaudum. Yet, this is a game park of contrasts.

The Khaudum is situated in the north eastern corner of Namibia, bordering Botswana. This place is rarely visited, wild and with only rudimentary tourist infrastructure. Recently new structures were erected at the southern and northern entrances to the park. All that remained of the original offices are the signboards, warning visitors of elephant, lion and hyaena in the camp at night.

I have been to the Khaudum, meaning the omuramba or ancient, dry riverbed of the buffalo, a number of times since 2000. Most recently was with Nicol Stassen, author of “The Dorslandtrek, 1874 to 1881”, and a group of other 4×4 enthusiasts interested in the story of the Dorslandtrek. The Khaudum is one of the locations where the trekkers passed through, and where they suffered severe hardship.

Our first night in the area we camped just outside the park at the so-called Dorslandboom, also known as the Seven-stem Baobab. This tree was significant for the trekkers as they stayed in the vicinity of the tree for a while. This is where Lavina Venter, stepmother of Paul Kruger, died. The same fate met a number of other Trekkers.

There are claims that the Trekkers carved their names in the bark of the giant tree, but today it is difficult to know for certain, as the bark healed over a period of 150 years. Other names, especially those of the German Shutztruppe of 1891, are still to be seen.

The second reason why we camped at the tree is because at the southern camp of the park, Sikereti, there are no facilities. The campsite that we used in the past is today deserted. In previous years we were allowed to camp at Sikereti for free. Now it is not allowed at all. There is talk of a new camp to be constructed in the near future.

The first surprise of the Khaudum is upon entering. The park fees are probably the cheapest to be found anywhere. For Namibians it is N$ 10. For SADEC members, like us, South Africans, it is N$ 30, or R 30.00. The facilities at the entrance are immaculate and informative and the staff are friendly. It comes as a bit of a surprise if you compare it with other experiences at wild life facilities in Namibia, especially at Etosha.

In the park there is an abundance of wild life and is at the interface between the arid and moist savanna. Antelope to be seen are gemsbok, kudu, steenbok and roan. The park is also refuge to predators such as lion, spotted hyaena and black-backed jackal. For birders it is a hornbill paradise with the largest, the ground hornbill, to the smallest, the red billed, as well as the African grey, the southern yellow-billed and Bradfield’s hornbills all found here.

The park is best known for its elephants. Game ranger Ireneus Sindimba told me there are approximately 5 000 elephants in the park. The official statistics place it closer to 3 000. Whatever the number, there are many elephants in the Khaudum.

Sadly, despite its name, there are no buffalo to be found in the park. All buffalo in Namibia are held in a camp near Tsumeb. This is to prevent the spread of foot and mouth disease, and to enable Namibian farmers to export prime beef to Europe. Wildlife diversity suffers because of the needs of farming practises.

But, despite the abundance of wildlife in the Khaudum, very little is to be seen. This is primarily because of the thick shrubbery that covers most of the park (the presence of huge buffalo herds may have altered the landscape somewhat). The other reason is because the wild life is extremely skittish. The moment a roan, gemsbok, kudu, eland or even the normally docile giraffe sees a vehicle approaching, they set off at some pace. This is often a sure sign of extensive hunting (read “poaching”) in an area, however the authorities at the park deny that this is the case.

Fortunately elephants are less fearful of tourist vehicles. Should poaching happen, then the elephant population are probably not high on the hit list, as it is extremely difficult to get an elephant on the back of a bakkie.

At most of the watering holes hides were erected and visiting on of these twelve sites is the best way to do game viewing. If you spend an hour or three in the hide, the Khaudum will unfold before your eyes.

It is at these water holes that the Dorslandtrekkkers stayed in the 1870’s. At Tari Kora they arrived on New Year’s Day in 1879, calling it Nuwejaarspan. A little to the north, at Leewpan, they killed 21 lions, threatening the Trek, in one day. The Trekkers moved from fountain to fountain after reaching this part of the world. Behind them lay the Thirstland, that killed many of their cattle and sheep. To the north was the Okavango with its constant threat of malaria, the biggest killer of humans during the trek.

Approximately 700 people set off into the Thirstland from 1874. More than 230, including infants, died en route. More than 200 turned around, heading back to the Transvaal. 360 eventually reached Angola in the 1880’s.

We travelled from water hole to water hole with Nicol telling us about the hardships, endured by the stubborn Boere from the Transvaal who refused to live under the rule of the progressive president Burgers. He told us how they were more often than not the biggest cause of their own suffering, simply because they found it very difficult to agree on anything. Their stubbornness made them trek. The very same stubbornness made it difficult during the trek. Yet many persevered and made it all the way to Humpata in Angola.

We drove through the very deep sand of the Khaudum. In late autumn the sand is fairly cool, not necessitating low range. Yet the going was tough. Few game parks, if any, demands this much of a 4-wheel drive vehicle.

We arrived at the northern camp. The facilities were recently upgraded. Campsites are neatly swept daily and the shower and toilet facilities are immaculate. It is, also, by far the most expensive campsite in Namibia. At N$ 330 per person, plus N$ 100 per vehicle, this is more than double the price of most campsites in Namibia. Why an additional fee is charged for a vehicle is unclear.

Despite this excessive camp fee, there was no water to shower or flush the toilets in the camp.  At this price, and lack of facilities, the park can expect not to have a huge influx of tourists, thereby remaining one of the last real wilderness areas in Southern Africa.

The Khaudum is a park of contrasts, it is cheap to enter, yet expensive to stay. There is an abundance of wild life, yet difficult to see. Once the fancy lodge, laying dormant for the last number of years for some unknown reason, becomes operational, the Khaudum may receive many more tourists. Before this happens, the authorities will have to do something about illegal hunting and have a serious look at how the campsites are managed.

If you are looking for true wilderness, with lion, hyaena and elephant entering the camp at night, the Khaudum is the place for you. 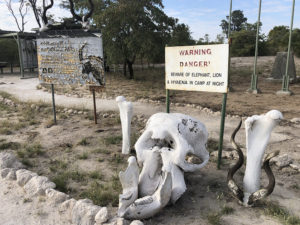 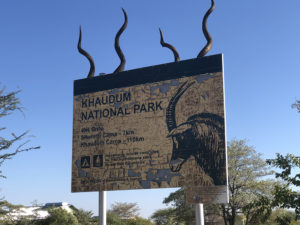 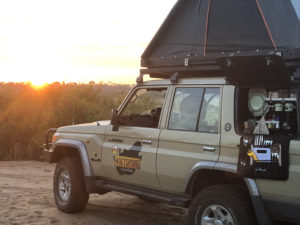