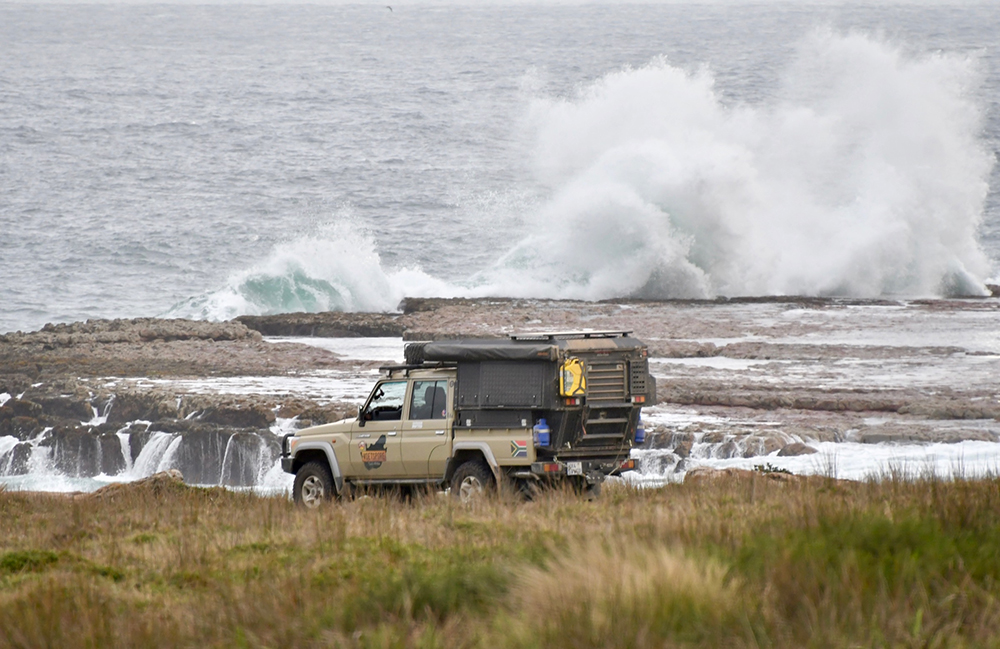 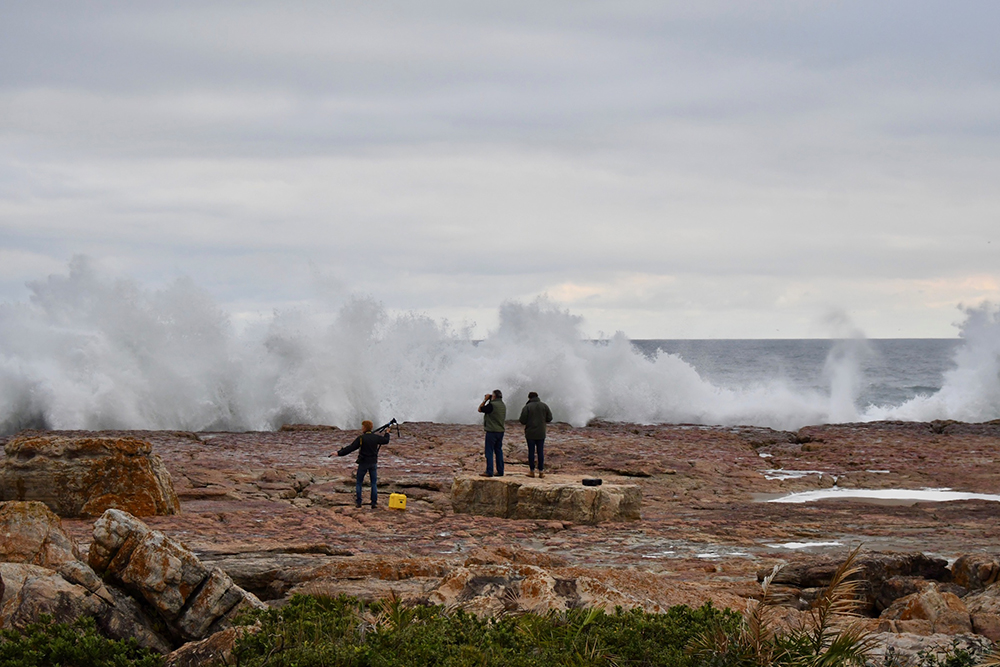 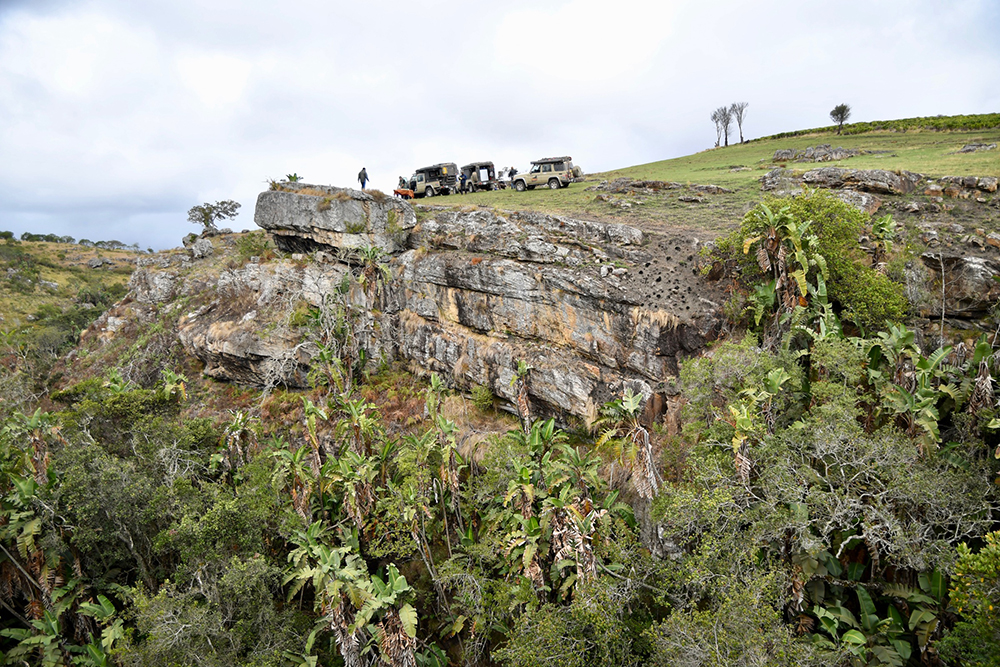 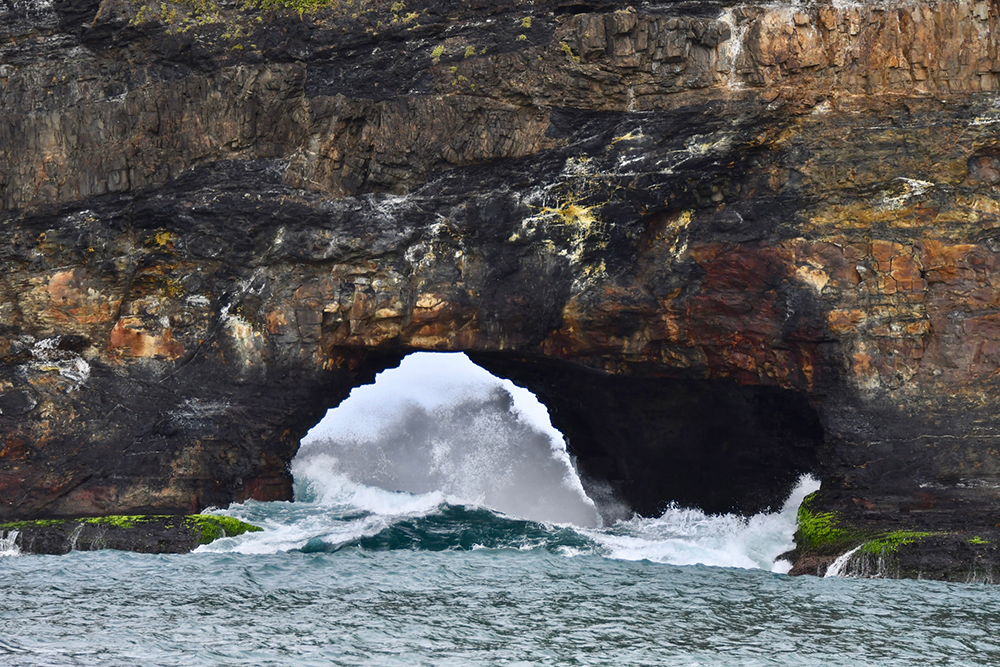 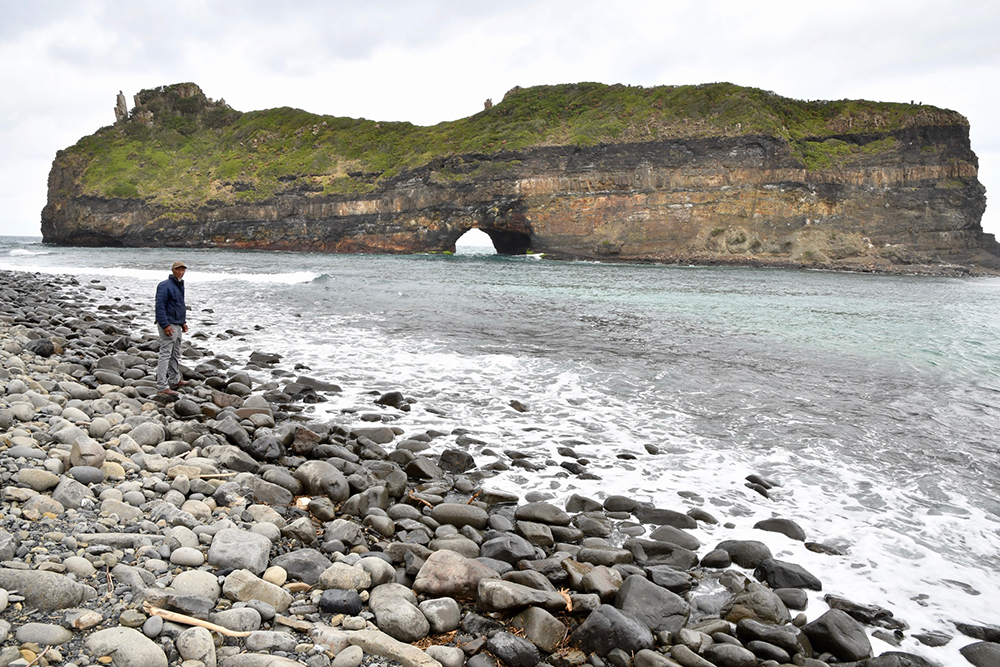 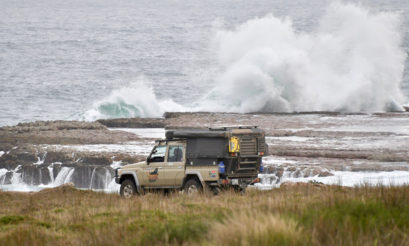 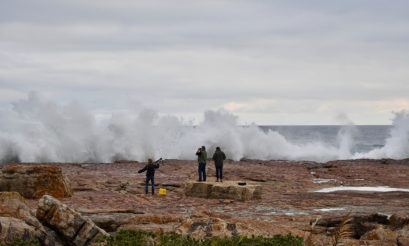 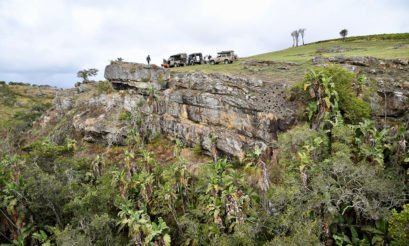 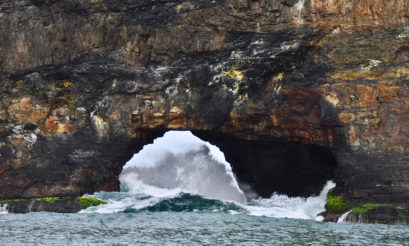 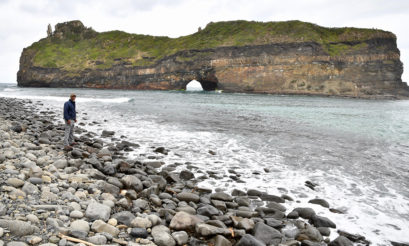 One of the most beautiful stretches of coastlines to be found, anywhere in the world, is on our doorstep. The Wild Coast of the Transkei has rightfully gained legendary status for its beauty, tranquillity, dramatic scenery and friendly people.

Thirty years ago, this was the ideal holiday destination for the adventurous traveller. But crime, the lack of infrastructure and degeneration of the region made us forget of this piece of paradise. Perhaps it is time to return.

Port St. Johns, the unofficial capital of the region, was a bustling town a few decades ago. Today it reminds us of a true African town. A place where there probably are more informal traders than organised shops and businesses. A place where raw meat and live chickens are sold on the sidewalks. A place where it is a challenge to avoid the potholes and taxis. Yet it is a town with a pulsating rhythm.

In town you meet the Xhosa’s. These are the people of Nelson Mandela and Oliver Tambo. They are colourful in their traditional dress, the women smoking traditional Xhosa pipes. Many have their faces painted with the healing mud from Isinuka, just outside of town. This mud is used as a sunscreen and natural skin care product. It also acts as Xhosa make-up

The Cape Hermes Hotel is no more. Merely the ruins of a once proud establishment, named after the bluff on which the Cape Hermes lighthouse stands, remain to be seen. The lighthouse was named after the HMS Hermes that surveyed the Pondoland coastal waters, and warns passing ships of the rugged rock alcoves that line this bay of danger on the East Coast of South Africa. This lighthouse, built from granite sourced locally, has been flashing a light every three seconds since 1904.

But the loss of the Hermes Hotel doesn’t mean that accommodation is scarce in Port St. Johns. Fine establishments like The Spotted Grunter on the banks of the Umzimvubu, offer excellent accommodation. Across the river, at Off Shore Africa, they not only offer accommodation, but also the opportunity to do many types of ocean excursions, including the sardine run. Rob Nettleton and Debbie Smith are fully qualified to take you to sea. In town, at the Outspan Inn, one may just bump into the “mayor” of Port St. John – John Costello, with his wealth of knowledge of the region.

Popular amongst travellers, young and old, is to visit Coffee Bay, south of Port St. Johns. The Coffee Shack, arguably the best known establishment in this little hamlet, probably looks not much different today than thirty or forty years ago. Getting there via the gravel tracks is also similar to what it has been for decades, yet the road conditions seem to have improved somewhat.

What definitely hasn’t changed over thousands of years is the impressive Hole in the Wall. This giant hole, carved through the free-standing mountain in the sea over millennia, is one of the most dramatic and impressive sights on the South African coastline. The local Xhosa call this place “izi Khaleni”, which means “place of thunder”, because of the noise made by the waves as they crash through this God made splendour.

In front of the hole there is a shallow area, ideal for families to enjoy splashing in the ocean or discovering loads of marine species living just under the surface of the water by snorkelling in the calm waters.

The only annoying thing about this part of the world is the many self-appointed guides that offer their services. For a fee they offer to show tourists where the Hole in Wall is, as though it is difficult to find or see! These “guides”, young men in need of a few Rands, are perhaps indicative of the economy of the region, which is one of the poorest in South Africa.

Poor in natural splendour it is not, even though it takes some effort to reach some of the destinations. Along the coastline of the Transkei there is no road. One always has to return to the interior and then drive back to the coast to reach Xhora Mouth, The Haven, Dweza, Mazeppa Bay, Wavecrest, Trennerys and others. Travellers can easily spend atleast a week exploring all these destinations and it will be one of your most rewarding journeys in Southern Africa.

Going north of Port. St. Johns is equally satisfying, even though it may be perhaps be a little more challenging. The Magwa and Fraser Falls, Waterfall Bluff, Luputana and Mkambati Nature Reserve is perhaps a little more difficult to reach and driving a four-wheel drive to these destinations is advisable. The sights enjoyed at this often-forgotten part of South Africa are as dramatic as they are rewarding.

Infrastructure and accommodation along the Wild Coast varies from the established to the non-existent. That is perhaps why it is such an ideal place for overlanders to visit. One night under the milkwood trees near the Luputana Gorge where the waves crash into the wall of rocks, cascading into the air, and a visit to Waterfall Bluff, makes you want to explore this part of South Africa more and more. 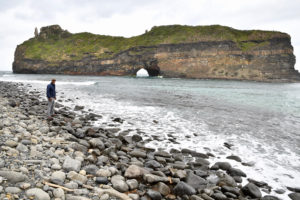 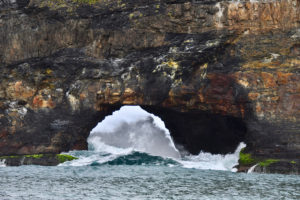 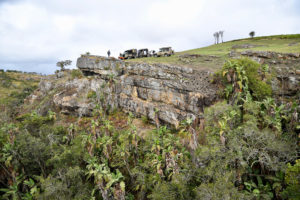 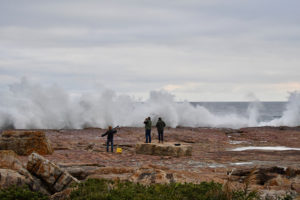 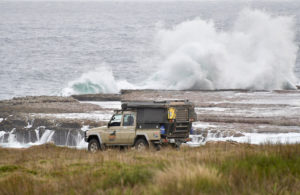