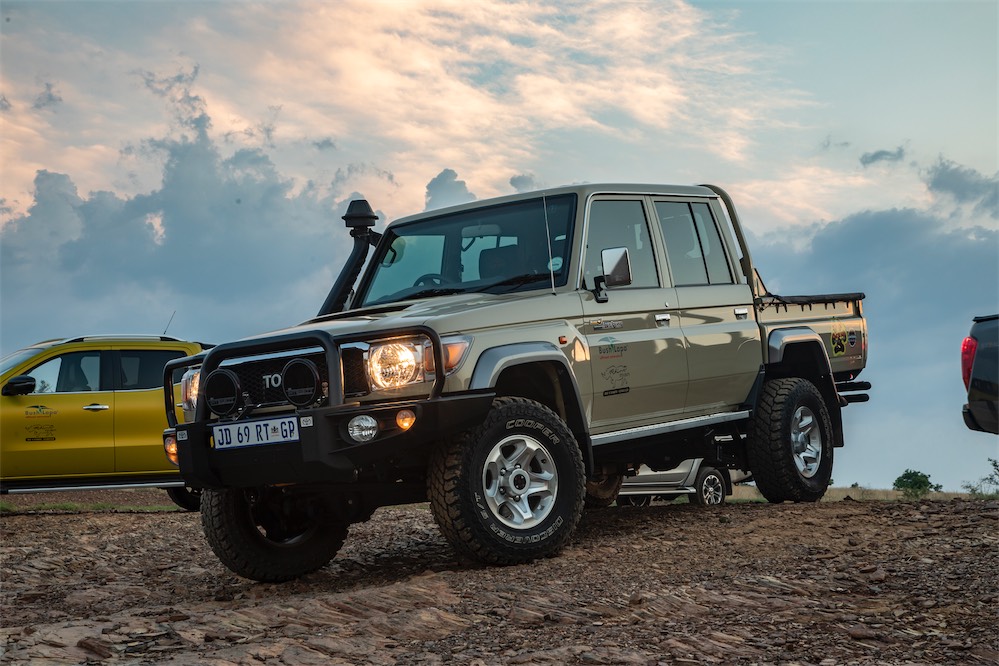 (To find out how Bakkie of the Year worked and how the scores were compiled, follow this link.)

What? The rock-hard Toyota Land Cruiser in the last place? Sadly, a combination of antiquated (but indestructible) running gear resulted in it taking some hard knocks.

The Toyota Land Cruiser 79 is a legend. Most of us dream about owning one as it represents the very essence of tough.

Sadly, the Cruiser’s old- fashioned 1980’s design roots have become glaringly obvious, the drivetrain and overall dynamics not on the same page as the other bakkies in this test. When loaded with 500kg, the big Cruiser needed nearly 27m more to come to a stop from 100km/h than the best- performing new bakkie.

That said, the sheer bulk, girth and reputation of this Cruiser is probably a unique safety feature in itself? Minibus taxis pay their respects while other motorists are less likely to try and squeeze into that gap in front of the Cruiser.

It drank nearly 20 litres/100km, and the beefy all-terrain tyres combined with the solid axle set-up resulted in so-so handling in the emergency lane-change test.

“Vehicle stability was not very predictable and controllable with a severe tendency to oversteer,” commented specialist driver Jakes Jacobs.

With a driver and fuel tanks (150 litres) filled, and all the extra kit, the Namib tips the scale at a hefty 2 710kg. With a gross vehicle mass (GVM) of 3 300kg, you can add just 590kg. Yes, the bakkie will easily be able to handle more but this a legal bugbear, not a technical one.

The Dastek dyno run revealed that of the engine’s claimed 151kW, only 102kW reach the driven rear wheels (in default 2WD). That’s a 32.5% drivetrain loss and was clearly a factor during in-gear acceleration tests.

Make no mistake: with two solid axles, lockers for each differential, plenty of big capacity low-down torque and acres of clearance, the Namib is nigh unstoppable in an off-road environment. And extremely tough, too.

The cabin hails from the ’80s, as do comfort levels although the Namib gets a fancy aftermarket infotainment system that even includes Apple CarPlay.

Then there’s the service plan. Selling for nearly R900 000, the Cruiser’s asking price does not include a service or maintenance plan (but it is available as an optional extra).

We still love the Cruiser dearly, even if all these young ’uns show it up some. Customers love them, too, and in December 2019, 231 new Cruisers 79s were sold. If you can live with its obvious shortcomings and have some deep pockets, it’s still one heck of a bakkie that will outlast its owner.