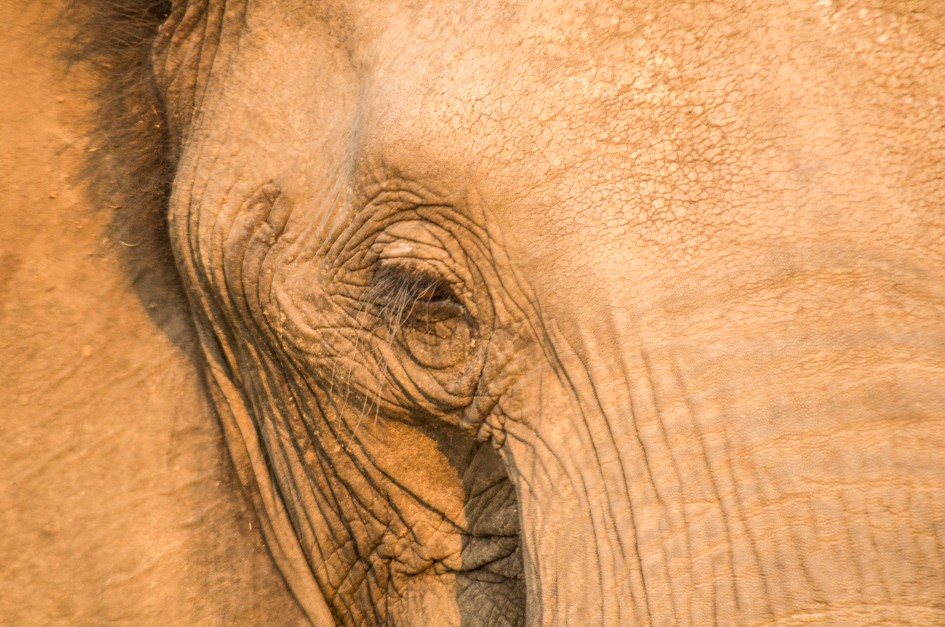 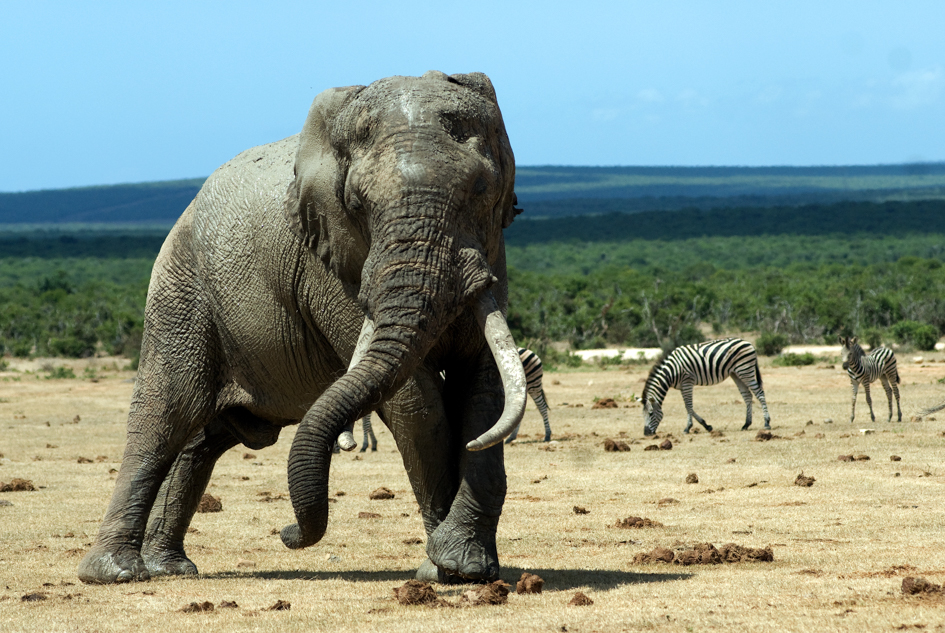 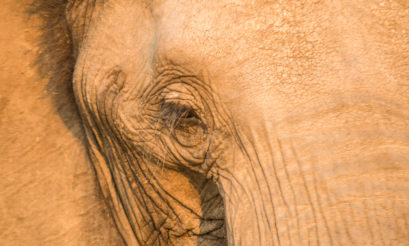 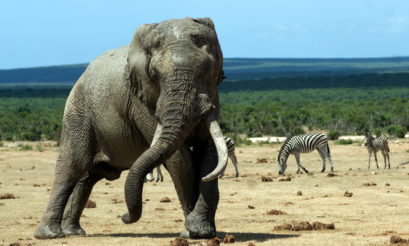 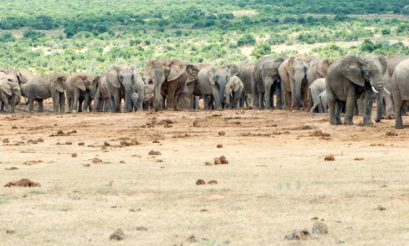 I eased the Isuzu into reverse and, with a minimum of noise, began to back steadily up along the gravel track. The dense spekboom thicket appeared to be almost impenetrable on either side and I was astounded at the suddenness with which the big tusker had stepped out to block the road.

I kept one eye on him – trying to assess his body-language – and the other on the car’s reversing camera, praying that another vehicle or, worse, another elephant didn’t block my exit. I could see the dark oily mark of the bull’s weeping temporal gland but from this angle – ie head-on – I couldn’t see the wet hind legs that would signify full musth.

There was no mistaking ‘the musth walk’ though. I’d read about it recently in Understanding Elephants (published in 2017 by the Elephant Specialist Advisory Group). ‘The head is carried high, well above the shoulders,’ I’d read, ‘with the chin tucked…’

The excellent little book is must-read (no pun intended) for anyone who drives in Big Five parks but, even for someone who had never seen an elephant, the general air of belligerence would have been unmistakable as this tusker marched towards my retreating vehicle. It was the unmistakable no-nonsense gangster-swagger of a bar-room brawler. A brawler who weighed in at around five tons.

The first time I’d visited Addo had been back in 2014 and, in one of those near-mythical events that constitute the fabric of so many African legends and ivory hunters’ tales, we’d watched at least 400 elephants congregating at Hapoor Dam. All the dams were almost full in the park at that time and yet almost every elephant in the park had somehow been summoned to meet at the dam. We spent most of that afternoon sitting, silently enthralled as herd after herd emerged from the bush around us.

Addo is probably the best place on the planet to watch elephants but I was realising this morning that a single belligerent bull can be far more intimidating than a playfully massed herd numbering into the hundreds. Just a few days earlier I’d seen a YouTube video that went viral, showing a musth bull attacking a Toyota and almost ripping the bonnet off. I hoped that the D-Max wasn’t in for the same treatment.

I’d been a fan of Mitch Reardon’s wildlife writing since I read his classic Shaping Kruger (a must read for anyone with an interest in African wildlife) and his new book, Shaping Addo had inspired me to re-visit the park.

‘Fossil records reveal that elephants had prospered along the Sundays River and in the adjoining Addo bush for at least 30,000 years,’ he wrote in the chapter (poignantly entitled ‘A Savage History’) that tells the dramatic tale of the elephants.

In 1913 Sir Percy FitzPatrick – by then already famous as the author of Jock of the Bushveld – founded the Cape Sundays River Settlement Scheme and established the ambitious irrigation project that would turn this brackish valley into an agricultural powerhouse.

In an email Mitch acquainted me with the sad story of what followed: ‘The legendary big game hunter Major Philip Jacobus (Jan) Pretorius was commissioned to eliminate South Africa’s last big population of elephants. He shot the herd of about 120 down to just 16 survivors, whereupon it was decided they should be given protection. Nonetheless, a further five died before the remaining 11 traumatized animals were contained within an elephant-proof fence.”

It’s no wonder if elephants sometimes seem to bear a grudge for the way they’ve been treated in the past. Thankfully, however, the bull that had been glaring threateningly at the Isuzu’s gleaming bonnet inexplicably lost interest. (Understanding Elephants had told me that there’s up to 50-times the normal level of testosterone in a musth bull’s blood. Presumably that sort of thing can play havoc with a concentration span.) He turned and – as effortlessly and silently as he’d appeared – five tons of pachyderm the size of a small barn dissolved into the seemingly impenetrable spekboom forest.