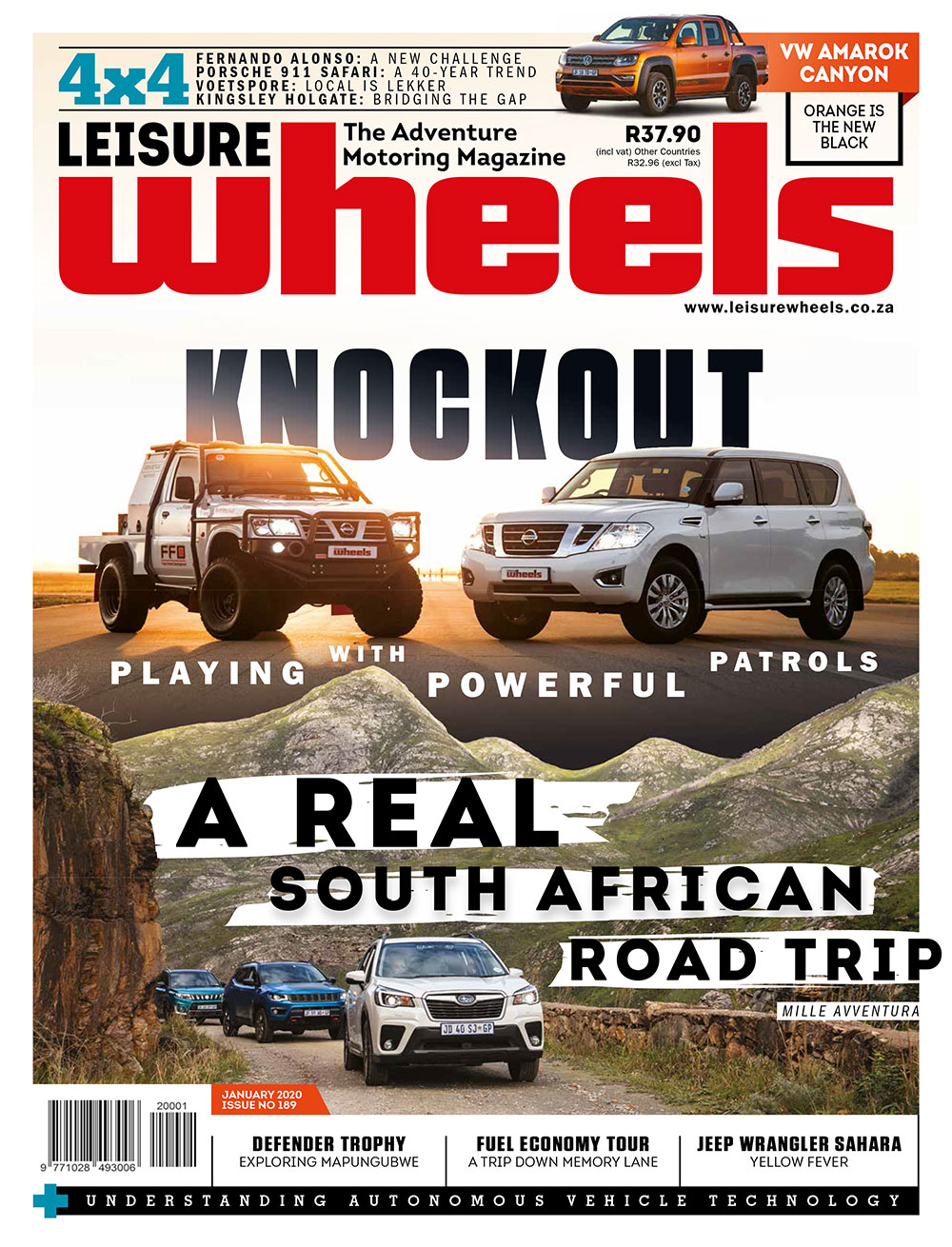 We really like the Defender Trophy event. If you had to describe it to someone, you’d tell them it’s a proper competition… but it doesn’t take itself too seriously. Hopefully that’s how our readers see us, too. We’re a proper mag… but we like to have a lot of fun while we go about doing what we do… bringing our readers tons of interesting stories in a fun and readable way. Well there’s more of that in this issue.

As we’ve mentioned the Defender Trophy, we’ll start with that. The new Defender was released around the time of this event so this could be the last event featuring only ‘traditional’ Defenders. There were plenty of smiles during this year’s event and we went along for the ride.

Our main story this month was the six SUVs we drove and compared. We headed off from Port Elizabeth, destination Cape Town, giving us plenty of time to get to know the vehicles. There was plenty to do (and eat) along the way and we enjoyed seeing some new things and revisiting some old sights.

In another feature, former Ed Danie Botha has fond memories of his old Renault so we threw him behind the wheel of one for the 2019 Economy Run. He’s competitive, is ol’ Danie, he likes to win. But he also likes to drive fast. Bet you can’t guess where he finished in the standings…

Test-wise, we have two tests this month; the Jeep Wrangler and the VW Amarok Canyon while we’re looking ahead to the Dakar Rally in our Down & Dirty section. Speaking of Dakar, we’ve lined up Fernando Alonso, who will be driving for Toyota Gazoo Racing this year for our interview of the month.